Lesson 3 from: Copyright, Trademark, and Intellectual Property for Entrepreneurs 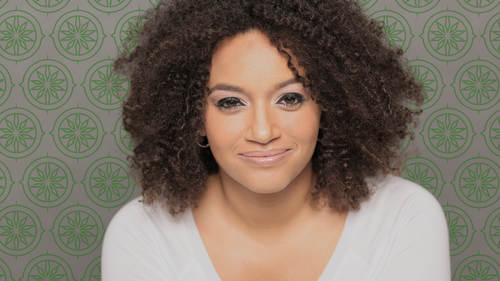 Entrepreneurship > Copyright, Trademark, And Intellectual Property For Entrepreneurs > What's Your Ip Worth?

Lesson 3 from: Copyright, Trademark, and Intellectual Property for Entrepreneurs

Intro to Advanced IP for Entrepreneurs

Looking at Business Through The IP Lens

So what's your I p worth this is a question that people have all the time right? You want to know the number so intellectual property the way you value it there's a couple of different ways to do it the example that I like to give is that it's similar to coming up with the price of a house right? So if you want to sell your house, what does a realtor going to do? They're going to tell you okay well here's what houses in your neighborhood or selling for here's what a house which is a three bedroom and a two bathroom similar to your house has sold for in recent you know years and then maybe we'll take a little bit away from that sale because you don't have his nice kitchens they d'oh and maybe we'll add a little bit more because you have gorgeous hardwood floors or because you have a large backyard or because you have a garage or don't you know so that's how you come up with it so it's not something that's super straightforward and black and white but there are some methods that you can ...

use to get an idea of what the intellectual property in your business is worth, so those at your intellectual property includes copyrights, trademarks, life in thing and publishing rights there are a couple of different versions it also intangible assets also include, you know customer lists your business relationships these are all the different forms of intangible assets but your intellectual property rights will usually be in copyright trademark patent licenses and, you know particular publishing rights you can value your ipad in a couple of different ways. Three common ways that are used is how much it costs you to produce so if you produce a product you know, for example I mentioned my small business bodyguard legal kit, right? So to produce that product took, you know, three months of my time and energy in writing it and developing it it took, you know, about fifteen thousand dollars in design expenses, there were probably a couple of other expenses that I could think of but you know, if I was going to put a number on it, I'd also have to think about okay, what is my time worths on value my time? Add that to what I spent to develop it they're hiring contractors or higher designer hiring developers on dh then I'd come up with a number that's how much it cost me to produce okay, so that's one way to value it another way is its current estimated value on the market ok, so you could say all right, well, for other people who have sold, you know, information products that are similar to small business bodyguard what did they sell for so that's similar to the real estate example, right, you're looking at cops. You're looking at similar products that have sold in similar markets right? S oh that's another way to look at it, ok? And then you take away an ad depending on well, doesn't have video doesn't have templates and worksheets, you know, think about the value of the content itself so, you know, it might vary a little bit, but that's, one way to get an idea is to see what other products have sold for. And then lastly, its potential value in the future. And I think that is really where you can see the high value of your intellectual property is by looking at the value in the future. Okay, so, you know, small business bodyguard is something that has generated a couple hundred thousand dollars in its first year of business, so that means it has a lot of potential, right? Has the potential to generate a couple hundred thousand dollars in revenue every year. And so that's, where you start to see the real value of it, right? You don't want to just take ok, here's what it costs to produce here's what you know coms are in the marketplace but then let's also think about its potential to generate revenue and so I like to think about it as you want to sort of combined those three things to come up with a number that makes sense and this is something that I actually did because on small business bodyguard I originally had a partner who worked with me to create it and then you know, she decided to move on to other products and I you know, purchased her share so we actually did have to come up with a number of what that product was worth so I would know what to pay her for her share right? So this is really a world stuff you have to kind of figure this things out when you have transactions like that that you need to do but it's also good for you to know because you feel empowered as an entrepreneur knowing that all right all these things that I've created are not just things lying around on my computer these aaron these air assets these air business assets so it's worth it to start valuing these things and thinking about what they're worth okay? So you can show people that you have a valuable business whenever you need tio so that's a little bit about how you come up with the value for intellectual property and honestly if you needed to get really technical if you were trying to get a loan from a bank, or you're trying to bring on an investor. You probably want to hire an accountant to help you with something like this. But this is the this is sort of some, some guidelines to help you start to figure out what your I p is worth.

Valuable insight and information! Wish I'd run across this sooner in my entrepreneur journey. The information about whats needed if someone infringes on your trademark or copyright is super powerful! Learning that you need to register your materials with copyright.gov consistently was huge. Wasn't on my radar or in my plan. Now there's a pre-launch item to register the program/content with the website before its released into the world. Also need to add it in as a budget item and expected/planned for expense. DEFINITELY RECOMMEND THIS COURSE.

Very good, covers all topics very well. I enjoyed learning about licensing, as a small business owner I never thought about it and how it could create another revenue stream. Thank you!

Rachel is awesome! This course provides loads of helpful information for online entrepreneurs (at a very reasonable price) that I will be putting into use very soon! :)