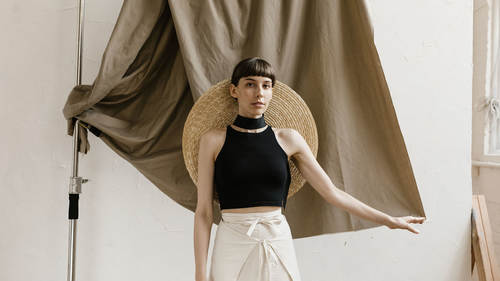 This one's called the DIY PVC frame wall of light. (laughs) Well, what do I mean by that? Well here on the left side of the screen, you can see that I've made a PVC frame here and I just literally, PVC pipe, the stuff you use in your sprinkler systems for your yard and I made a box frame. The one that I'm showing today is about the same size as a twin bed that you would have a home. Well, why did I size it as a twin bed? Well because then you can use bed sheets to form the covering on this wall of light. Why is it a wall of light? Well, this company called Lastolite makes this really cool product and it's called the Lastolite highlight and you can see down there in the lower right how much these things cost. They're $350 to $700. Are they worth it? Well, yes. But they're also $350 to $ and so you think about, what can I buy for $350 or $700. Depending on the size, you can get a nice lens, you can get a bunch of flashes. There's a lot of other stuff so I love the Lastolite products, I o...