Lesson 3 from: How to Be a Better Co-Worker 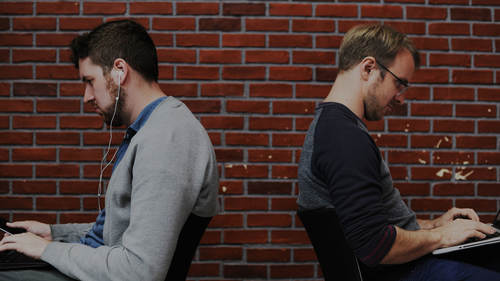 Lesson 3 from: How to Be a Better Co-Worker

Compliments and How They Can Work for You

This is a difficult situation. We're gonna reduce the intensity of the difficulty and call it an annoying office issue. Our work spaces are open cubes, there's little privacy. One of my co-workers will often whisper when speaking to other people. Do you think this is rude? No. No, I hear a no over here, I see a nod yes over here. What makes you say no? I think it's even nice 'cause you don't disturb other people. I think it's nice, you're not disturbing someone else. Sure, what makes you say yes, I think it is rude. Well, it depends a lot on if it is a quiet space. If it isn't a quiet space, then it's rude 'cause then it's that feeling of what are they saying that I can't hear. I think this is a perfect example of why this is annoying office issue a difficult situation because I don't think it's necessarily clear. But I like the way you're thinking about the context. You're saying and I really don't wanna disturb or bother other people. You're saying it's the appearance of ...