Lesson 8 from: How to Bring Your Brand to Life 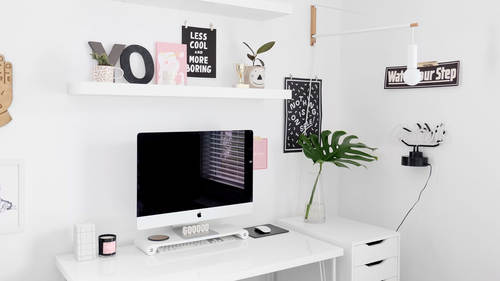 Lesson 8 from: How to Bring Your Brand to Life

8. Building Your Trust Within Your Brand

So this is building trust within your community. So, moving back to being a good person as a brand, and being a good friend, and what those qualities are. So we're gonna do some exercises to figure out how we're gonna build some trust. Alright. So, let's talk about creating a safe space for your community. Okay, very important for us to do, right? We want to be able to identify different ways where we can make our community feel much safer in the environment that we're creating for them. So, this exercise is all about coming up with three things that you can do from now on. Let's think about what we can do from now on moving forward to make your community feel safer. Interacting with what the service or product is you provide, and interacting with that environment you're creating for them. So, again let's keep in mind social media, let's keep in mind marketing, web experiences, in person experiences, copywriting. Let's think about all those things because those are all different ways t...

How to Bring Your Brand to Life - Workbook

It was so incredible to hang out in the live studio audience for this class!(Despite having NO voice! ...thanks for being so kind and patient with me!) As a brand designer, it's actually so hard to get outside of my own business and think about my brand in new ways and Meg's course was so helpful in doing just that. Thank you for your fun and super helpful knowledge bombs, Meg!

I just absolutely love this course and keep coming back to it. As a creative freelancer i love that i can relate to Meg's advices and to her " imperfect " and funny side - which i totally have too and it feels sooooooo freeing to hear someone whose work you admire admitting and being proud of it !

I know a lot of artists and designers like myself that cringe at traditional business marketing advice because it sounds gross and antithetical to the creative process. Meg has the amazing ability to humanize the idea of branding in a way that makes complete sense. The a-ha moment for me was when she reframes thinking about our "audience" and "users" as our "community." This was so helpful for me because a few days after the class a couple of members of my community expressed some concerns to me and I was able to address them in a way that was authentic. I might have dismissed their concerns before, but I realized that I have a responsibility as the steward of my brand to cultivate a safe space for my community. Thanks, Meg!