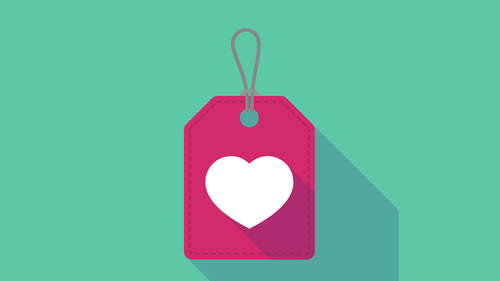 e just living life in their ordinary world, and something calls them to the adventure of making some sort of change, or taking on some sort of quest. They usually refuse it a couple times, but then, at some point, they decide they're gonna make this change, and so they go out and they fight battles, and along the way, they are assisted by mentors and aids and allies and guides and tools, and usually, they fight one big battle or quest, and they win because they're the hero, and then they come home. When they come home, they come home with the spoils of the battle. They come home with whatever they won. They also come home totally transformed and changed by having done the battle. The hero's journey is, it is the story of Jesus Christ, it is the story of Luke Skywalker, it is the story of Wonder Woman and Black Panther and all of my other favorite superhero characters. Wakanda forever. It is the story of Erin Brokovich. It's the real life story of every one of your heroes of business. You almost can't find a story, that you thought was good and interesting, generally, when you watch a movie or read a book and you think it was bad, often it's because it veered too far from the archetype. This is just a story that fits the neurology of the human brain. What I like to do is to, the goal here for the day is to give you some concrete tools, including a way of mapping your customer's journey that allows you to see what helps trigger progress, what are their resistance points, and how can you leverage and remove and insert them in a way that helps you become a mentor, aid, guide, or tool, along their path, so we'll talk about that much later. I'm not going to go through all of these now. In the bonus downloads for the course, you'll get a sample one all filled out and you'll also get a blank one so you can do it yourself. Are there any questions? I'm curious with the research that you did on transformational consumers if you further segmented, I'm curious, if you break it down by gender, if you break it down by ethnicity or race, geographic location-- In fact, we found, so I'm not a huge fan of demographics. I think aspirations and, in some cases, past behavior are dramatically more predictive of the behavior that we need, but they're everybody. We've done demographic segmentation on individual projects that we've worked on. It's everyone, sure it's the urban cus and it's in the Bible Belt, and there are more movements of them congregated in bigger cities but it's not geographically specific, it's not age, it's much more helpful to think about these people through the lens, I think you actually miss things if you are looking for the demographic pattern. One thing, I was working with a fitness industry company and the CEO and I, who fit the description I'm about to say for having this conversation, and I was saying, the things that I buy are much more like a 60-year old white man who also cycles nine times a week and also has a small business and also does this and this and this, than another 42-year old black woman who lives in Oakland who doesn't do those things. He was like, oh right, 'cause we had just finished talking about Peloton and Soul Cycle and like, which cycling shoes do you use, and, what rides are you doing, and all of that. For purposes of predicting purchasing behavior, which is what we usually use to framework that data for, the demographics can actually mess you up. In fact, I just had a conversation with a friend of mine, Adrien Lanuse, who's the head of consumer insights at Netflix, and he says they do not use demographics anymore. Period. Because they know what you just watched, that is the most powerful predictor of what you will watch, and he says that has been so much more effective for them, so they don't even collect it. If you can think back on your Netflix account, they've never asked you what your gender is. They've never asked you what your race is, and they don't need to, and they still can serve you exactly what you want content-wise.