Lesson 1 from: The Power of Audio: A Conversation with Tim Ferriss 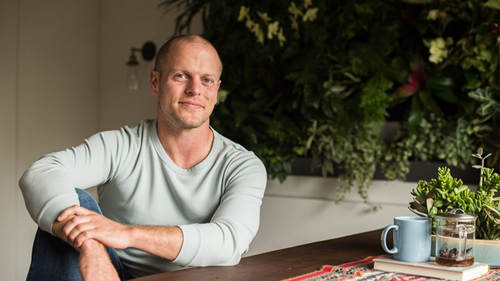 Lesson 1 from: The Power of Audio: A Conversation with Tim Ferriss

Oh, excellent. Super, Super happy to be here first ever podcasting week. I'm thrilled to help kick this off with my good friend Tim Ferriss. Well, well joint have joined us in just a second. If you're familiar with, I'm sure from it with him because you have to have been living under a rock if you're not, I think he's got five, maybe 45 summer in that range. Number one New York Times bestselling book. Um, he considers himself a human guinea pig. He's been experimenting, um, on peak performance with himself and the cadre folks he runs around with. And he also, at some point in the last few years, started a podcast. We're gonna find out why he started the podcast. Um, and we were gonna go back a little bit because he was on my part. My podcast, The Chase Service Live shows Now, I think 10 years running, Um, he was one of my first guests, and then when he started a podcast, I was one of his first guess. And you're gonna hear, you know, we're gonna go on the way back machine and here a lit...

Tim Ferriss has been listed as one of Fast Company’s “Most Innovative Business People”, Forbes Magazine’s “Names You Need to Know,” and is the 7th “most powerful” personality on Newsweek’s Digital 100 Power Index. He is an early-stage tech investor/advisor (Uber, Facebook, Twitter, Shopify, Duolingo, and 20+ more) and author of three #1 New York Times and Wall Street Journal bestsellers: The 4-Hour Workweek, The 4-Hour Body, and The 4-Hour Chef. His podcast — focused on deconstructing world-class performers — is the #1 business podcast on iTunes and was selected as 'Best of 2015' by Apple.
SEE INSTRUCTOR'S CLASSES

Tim and Chase were extremely helpful and generous with their wisdom, and I love the fact that they didn't give fluff answers, but talked about real practical tactics and processes from their own experience. They answered my question directly and clearly. I really appreciated the encouragement as I work on growing my podcast. Thanks again guys! Erick (Stoic Coffee Break Podcast)

Thank you Tim and Chase. I am grateful for your knowledge and the fact that you share with such honesty, without holding back your secrets. Once isn't enough and I'll watch this interview several more times. There will be so much more in each listening. Podcasting is something I've thought about and now I'm excited about the idea.

This was a relaxed conversation between two entrepreneurs, who both engage in podcasting. It introduces podcast jargon... it also lets you listen to two knowledgeable podcasters talking about: how this media adds to the overall communication industry; what equipment is needed to start up; and some tips of do's and don'ts.. Very upbeat, but not superficial… easy to listen to and to grasp.. If not sure if this is your thing.. no judgement.. but good sound advice as to how you might move forward, to make this happen! I so enjoyed listening to this!