Here are a few tips from Peter Eastway and Tony Hewitt on shooting aerial photographs.

For a gentle introduction to aerial photography with plenty of time to think, it’s hard to beat a balloon flight. A balloon’s basket is a very stable platform from which to shoot. Balloon flights usually take place with very light winds (and will be cancelled in rough weather), ensuring your aircraft floats along at a modest rate. However, don’t be fooled by the gentleness of your progress. Balloon flights usually begin before sunrise, so there’s not much light around, but because you are quite close to the ground, you’ll want to make sure that you are using fast shutter speeds to freeze the subject below. The best thing about balloons is there are no windows to shoot through giving you an unobstructed view of your subject. That said, you will unfortunately have little control over where you go and what you photograph! There are plenty of plane options, but perhaps the largest overarching challenge with plane photography are the windows and doors. If you photograph from a plane, ultimately you’ll get much more of what you’re looking for if you can shoot with the ‘doors off’ or ‘windows open’. Doors can be easily removed from most small planes (despite what a few lazy pilots will tell you), but of course there are aviation restrictions and regulations to comply with. These vary from country to country, and sometimes from operator to operator so just be sure to check with your pilot before booking anything. However, from a photographer’s perspective you want an unimpeded view of the landscape below and that means no glass. When choosing a small plane, you want the wings overhead and no wing struts impeding your view. Many professional photographers happily shoot out of an open window, although a door gives you more options when it comes to camera angles (but also lots more safety issues). 3. Helicopters Are Great, But…

Helicopters are considered the ultimate aircraft for aerial photography because you can position them more easily than a plane – and you can ask them to stop and hover (although this can lead to challenges with vibration). However, the curved windows present challenges for shooting for many reasons. Primarily, the Perspex or glass is unlikely to be optically neutral, meaning your subject might not be sharp. Second, the Perspex or glass can be tinted, which is problematic. Third, the glass may be dirty and, if on the outside, cleaning becomes a very challenging endeavor. And finally, reflections can be impossible to eliminate, especially if the helicopter has a glass ceiling above.

Helicopter windows are generally too small to shoot out of satisfactorily and so it really becomes important that the doors are taken off. However, with the doors off, some jurisdictions require you to wear a harness and not all helicopters are outfitted accordingly, so you’ll want to check with your operator first. Drones are a wonderful way to get a camera up into the air. While there are limitations in the quality of the camera and the choice of lens, there’s no debating that it is an economical alternative to expensive helicopters and planes. Obviously, there’s a bit of a learning curve when it comes to flying them (although this is becoming increasingly automated), but perhaps the biggest restriction is so many photos from drones ‘look the same’. The wide-angle view is the biggest creative challenge facing drone photographers. 5. What Shutter Speed Should I Use?

The main reason for using a fast shutter speed is to hide the vibration of the aircraft itself. Obviously this isn’t much of a problem in a balloon, although other passengers moving around can rock the basket slightly. However, in a plane and a helicopter, there can be a lot of vibration to contend with and there are times when even 1/8000 second is not fast enough to completely eliminate camera shake!

There can be times in flight when your aircraft feels completely smooth presenting an ideal situation where the elimination of camera shake isn’t as necessary. However, generally speaking a combination of the engine and turbulent air mean the aircraft is constantly vibrating, so the faster the shutter speed, the less likely your photos will suffer from camera shake.

If available, set your shutter speed to 1/2000 second — it will eliminate camera shake in 95% of your photographs. When shooting from the air, it’s useful to remember that your pilot can often position you anywhere you like in relation to your subject. Of course, there are some restrictions depending on the type of aircraft, but if you want to get a little closer to something, you fly over to it; if you want a wider view, you climb higher. For this reason, standard lenses are used for a lot of aerial photography. In terms of a full-frame DSLR,  the 50mm is ideal, but any lens from 35mm to 85mm is useful in the air.

If you’re photographing the earth immediately below you, a 50mm lens in combination with your pilot will give you a suitable angle. As you look higher to include the horizon, the 50mm keeps you with a recognizable magnification.

Of course, most photographers don’t own a 50mm lens, but they do own a mid-range zoom, like a 24-70mm (or equivalent). This is, in fact, an ideal lens for aerial photography. It means that if your pilot isn’t at quite the right distance, a little zoom in or out can usually solve the problem. And if you have a professional f2.8 lens, it is fast enough to provide the shutter speeds you need, without having to push your ISO too far. If the doors are off, it will be cooler in the air than on the ground. When working in the tropics, this can be a welcome relief, but even in the tropics, if you go high enough it will become very cold very quickly. If in doubt, ask your pilot for suggestions, but generally speaking your clothing will be a matter of common sense.

When seated in a plane with just an open window, or in the front of a helicopter out of the wind, you will be toasty warm in comparison to a seat next to an open door experiencing the full force of the air flowing past the aircraft.

So, at the risk of being overly simplistic, close-fitting, long trousers and a long-sleeved shirt or top, with comfortable shoes and socks. No hats, scarves or loose clothing that can flap mercilessly in the wind. Add a warm top or even a jacket for cold climate work, and maybe a beanie to keep your ears warm. Thin gloves can also be useful for cold weather shooting. Zip pockets are great for holding spare batteries and memory cards. For helicopters, they really must be zip pockets because you don’t want to risk something falling out of your pocket, out of the aircraft and into the tail rotor. Objects don’t fall vertically from a moving aircraft, they fly out backwards and back into the aircraft with potentially fatal consequences.

Your camera must have a strap. Keep the strap around your neck, or wound several times around your wrist so that it is firmly attached to you. You don’t want to lose it.

Depending on the aircraft, generally that’s it. One camera with a spare battery and memory card. Optionally, take a second camera with a different lens as it is easier to change cameras than lenses while in the air. If you’re in the air for an hour, you’re very likely to take 500 photographs – and you should! Depending on the amount of vibration, there’s no guarantee every photograph will be sharp and since air flight is so expensive, it seems only logical to shoot lots of photographs to ensure you have a sharp one.

When sitting in the aircraft, it can be tempting to lean against the frame to support yourself, but this is exactly what you shouldn’t do.

When holding your camera, the aim is to attract as little vibration as possible, so leaning either yourself or your camera against the aircraft shell or frame will only transmit the craft’s vibration to your camera. Instead, you want to sit up straight with as little of your body touching the aircraft or seat as possible so you become a vibration insulator.

If you’re moving at speed, don’t stick the camera out into the airflow. You’ll soon work this out as the wind will catch the camera and make it difficult to hold it still. When you’re travelling a little more slowly, you may find your head and camera are fractionally out in the airflow to get the precise angle, but generally you will get sharper images if you keep your camera inside the aircraft. Balloons are the exception to this rule.

Hold the camera close to your head for support if you need to. Press the shutter smoothly and gently.

As you’re shooting, try to be aware of what the aircraft is doing at the same time. If at the moment you take a shot the aircraft is experiencing strong vibrations or there was a lurch in the air, shoot another few frames as insurance. They might not be exactly the same, but close enough. It’s probably not necessary to use a camera at 10 frames per second, but it is an option! 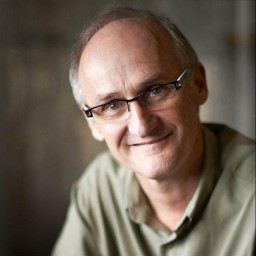 Summer is one of the most magical times of year to photograph. The landscape is lush and vibrant, wildlife abounds…