Magical things can happen when you combine electronics, technology, and textiles.

Mexican artist Amor Muñoz trained to be a lawyer, but her interest in art and social justice led her down a very different path.

Rather than seeing Amor in the courtroom, you are more likely to find her working with Mayan women on the wearable tech initiative, Yuca_Tech or setting up a mini-factory with the Maquila Region 4 (MR4) project.

For Maquila Region 4, she created a mini-factory on wheels that she could pedal around, setting up shop wherever she liked. She was influenced by the women who held street workshops in her neighborhood in Mexico City, who you could pay to teach skills such as embroidery and knitting.

She liked their initiative and the idea of working in the streets, but as she thought about what she could do, the concept changed. Instead, she “recreated the phenomena of the factory, but it disappeared. Like a ghost. It was a ghost in the street.” Once her mini-factory was in place, she would hire local people and pay them $7 an hour compared to the $0.60 an hour they could make at a factory in Mexico. Her workers would sign a contract, get a 10-minute lesson, and then embroider functional circuits with conductive thread that would make alarm sounds when connected.

The workers would be paid when she closed up shop. Then, BiDi codes (similar to QR codes) were attached to the circuits so that anyone with a smartphone could scan the code and see more information about the worker who made it, including a photograph and the chance to give them a donation. She included this piece as she thought it was important to be able to see the workers themselves, as normally, “the worker is the invisible piece in the production system.”

All of these places for connection didn’t just occur inside the circuits workers were embroidering, they also occurred inside the fabric of the project itself. It allowed Muñoz to learn about the difficulties presented in factory work, such as low pay, but also there was the issue of the workers who didn’t read the contracts that they signed. “You can understand why we have problems and the people don’t have rights … because they don’t know [they should] fight and defend their rights.

Yuca_Tech began after MR4, when she began to research e-textiles more, and found an article on photovoltaic thread, which becomes a power source when introduced to sunlight. However, that product is not yet available on the market, so using that idea, she started Yuca_Tech. She returned to the southwest of Mexico to Yucatán to work with the Mayan people. And soon began working with a group of women who knew how to weave on waist looms with henequén, a type of agave that grows in the Yucatán peninsula. Using examples, she explained what can happen when you combine henequén and conductive thread with either flexible solar cells (energy) or LEDs (light).

Although Mayan women do not traditionally work, once they saw what Muñoz had to share, they got excited, saying that they wanted to collaborate with her. For months, she visited these six women twice a week in a backyard; they also collaborated with an engineer from Chile. Muñoz used concepts in nature to explain concepts in electronics, “we talked about the sun, water, the ground,” because in the Yucatán, they very much live in nature, in the jungle. With their new knowledge, they began to discover new things around them. Like the day one of the women’s husband’s car battery exploded, and when she went out and looked, she discovered he had hooked up the cables wrong … something that before Yuca_Tech, she would have no prior knowledge of.

During production, each of the women produced “a medium-sized solar panel with 16 flexible solar cells using conductive thread on the traditional loom.” And in this production, by making technology with your own two hands, you are “creating an emotional relationship between the person and technological object.”

In another village where they don’t have electricity, Muñoz and the women worked with villagers to manufacture light, as in that part of Mexico, temperatures get so hot socializing during the day is hard. Therefore, they meet each other at night, in the dark. So the ladies began to work with individual objects, like hats and sandals, to which they added LEDs, so that they would have some light while they talked.

“The idea is to work with houses and architecture, but this is the first part of the project, and we worked with small things. But to me, small is beautiful, and more poetic, because your objects are lighting your life.” Instead of paying the workers, as with Maquila Region 4, the women are common owners of the products; they own the pieces, but cannot sell them. In turn, Muñoz can only sell the pieces if the women agree to.

It is through projects like these that Muñoz truly uses her work to connect with others, and when she tells me “the point is [that] that kind of work includes people,” I believe her. 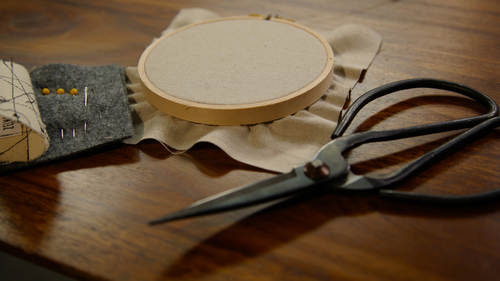 The Knitting Nannas Against Gas made a splash on social media several years ago when they started setting up teatime,…