Don’t Quit You Day Job (Yet): How To Minimize Risk When Starting A Business In the world of startups and technology, there is endless talk of risk and failure. Of failing fast, of bouncing back, of quitting your day job and pouring every ounce of your time and money into your business idea. Failure is, of course, always a possibility; some entrepreneurs simply aren’t so lucky when starting their own businesses and bad things happen. But the word “luck” isn’t the right one, really.

There are ways to minimize risk of failure. Like growing your business before you quit, and ensuring that the leap you’re making is the right one.

Erik Hormann, the founder of Vantigo SF, a creative San Francisco-based adventure tour company that takes customers around the San Francisco Bay Area in a classic VW van, managed to walk the line by launching a business without risking everything.

Hormann says he’s experienced very quick initial success, largely because he focused on an existing market where he saw improvement.  Rather than buy a van, quit his job and launch a business, he started small.

“We thought of the whole tourism idea and in San Francisco there’s a lot of tourism so that was the easy thing to do. February of 2013 is when I got a bonus at my job and started thinking things through. Two weeks later in March is when I flew down to Los Angeles and bought Lily (our first van) and drove her back up to San Francisco,” he explains. “It got real, real quick after that.”

To carve out his niche, Hormann created an alternative to large tour groups and with his themed tours, including a Brewery Tours, Winery Tours in Sonoma County, Oyster + Cheese + Mead Expeditions, and more.

At first, he started by doing tours himself on weekends and evenings, until it grew large enough that it would justify quitting his job to pursue growing his business full-time. In the end, he thinks taking this approach to starting his business really helped him launch more effectively, and under much less stressful conditions. Rather than quitting all at once and starting the company, Hormann created the company, then let it grow. “It was great because it was a company that I could start on weekends and nights part-time,” he says. “I didn’t have to quit my day job, but once it started to get successful on nights and weekends, that’s when I was like ‘okay!'”

It’s a great example of how you can take small steps towards your goal, and test your product or idea before going all in.

Read the full interview with Erik Hormann on Ways We Work, here.

Let me know what you think of the interview @wayswework on Twitter, and tell me who you’d like to see interviewed next! 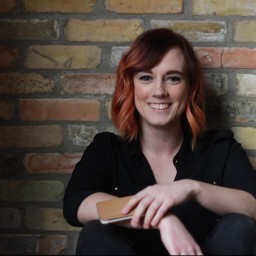 Amandah Wood is the Founder & Curator of the interview series, Ways We Work. She wears a lot of hats but focuses her energy mostly on front-end design and development. She currently resides in Waterloo, ON and loves to travel. @amandahwood

There is no proven path to achieving success in life, business, or elsewhere. However, by examining the factors that have contributed to creating…