Seas and Peas: Not Your Typical Greeting Card

Chad Schlund is the founder and co-owner of Seas and Peas, LLC, a small greeting card company based in Seattle WA.  Seas and Peas cards have been featured in many news media outlets including Huffington Post, Buzzfeed, Hello Giggles, Cosmopolitan, and Redbook. His designs have also been shared on social media by (among others) George Takei and Zooey Deschanel.

His greeting cards are full of pop culture puns and clever alternatives to the obvious greetings. CreativeLive wanted to know how he got started and how he gets inspired. Here’s what he said.

CL: You studied theater and film in school, how did you get into greeting card design?

CS: Growing up as a latchkey kid in the 80’s and therefore alone much of the time, I became very engrossed in film, television, and pop culture in general. Every Christmas and birthday, I would ask for the latest film guides and any books on cinema that I could find at our small local bookstore.

I studied theatre arts with a minor in costume design for a couple of years.  Then, after moving to Seattle, I went back to school and I was just a few credits shy of my bachelor’s degree when I discovered a film and video production program that looked interesting.  I made a few short films and worked on film projects here and there, but I finally had to be honest with myself that I didn’t necessarily like being on film sets.

It was during this time that my partner bought me a button press, the kind you make pinback buttons and magnets with. I went on a button-making spree.  I would wear the buttons and I always got a lot of remarks on them and my boss at the video store where I worked suggested I sell my buttons there.  I sold over a thousand of these little buttons out of this small video store. Although it was fun, I really felt like if I was going to be artistic, I wanted to do something on a bigger canvas, the 1” that I had to work with on a button felt very limiting and quite honestly, making magnets and buttons was very labor-intensive!

I decided to start trying my hand at making cards, which was exciting to me because I love paper and paper products and I especially love greeting cards. After a couple of months of trial and error and trying out a bunch of different stock options and print options, I was happy with the finished product. I took them to the video store and within a day, I had sold all of them!

After a good six months of selling cards at the video store I decided to take my cards to an online platform. I opened our Seas and Peas Etsy shop in May of 2011 to little fanfare, but slowly and surely I started getting more and more orders, helped mostly by mentions by Buzzfeed, The Huffington Post, and other popular online sources. Around July of 2013, I was contacted by Urban Outfitters, who were interested in carrying some of our card designs. I had never fulfilled a large purchase order before, so it was daunting, but with a few large purchase orders under my belt, I decided then to quit working at the video store (at this point I had worked there for 13 years) and concentrate all of my energies on designing and making cards and fulfilling orders.

I am so lucky to have been able to find the perfect job for me. It allows me to be creative, industrious, and it has allowed me to create the perfect workplace for myself. At any point while I am working, I can watch a movie, listen to some music, whatever. I learn something on a daily basis. I love it.

CL: What are your influences and how do you incorporate them into your work? How are you able to use so many popular images?  Are you worried about being sued?

CS: As someone who for so many years worked around movies and is a lifelong lover of film, I am very aware of the fact that so much of our connection with other people,  in-jokes, conversations, and shared (or not-shared) opinions, are built around popular culture, television, movies, and even slang.  Ever since I was a child, I have been a big fan of Mad Magazine, National Lampoon, and Cracked, so I think the parody element can be seen a lot in our designs.

Incorporating popular culture images and references into our work was (and still can be) a scary thing because you don’t want someone to feel like you are stepping on their toes. Because of this, I try to stay original in the content and I try to add something new. I also make it a priority to keep our business very transparent. I am very easy to contact should someone have a problem with the content of one of our cards. I am really not interested in testing the waters or getting away with something, and we have enough designs that putting energy into a design that someone has a problem with is just not worth it.

CL: How do you balance the organizational side of your business and still stay creative?

CS: Running a business and still being able to find time to be creative can be extremely difficult and has probably been the hardest thing for me to reconcile. Luckily for me, I am usually lacking time and have plenty of ideas, which is much better than the alternative. I have just had to teach myself to be very patient, which (as anyone who knows me will tell you) I am not. I have learned also that it is okay to not constantly be creating something and sometimes need to remind myself that really, at the end of the day, I have enough right now. I have made over 500 card designs in the last five years and when I really stop and think about it, I have to be okay with that.

Luckily, a couple of times every year, I will find a chunk of time and just go crazy, creatively. I get a lot done and I am very focused, creatively, and I feel like I wouldn’t be as focused if I had more time to sit and mull it over. I have a limited amount of time to come up with as many things as possible, and I just do it. Sometimes I love what I come up with, sometimes not, but I always put it out there anyway because there is someone to like everything, and at the very least, I learned something making it.

CL: What’s next for Seas and Peas? Can you give us a sneak preview of any upcoming projects?

CS: I am getting my first employee, I am looking at renting a space for the business since it has outgrown our small apartment. Seas and Peas will also have a standalone website (in addition to our Etsy shop) in 2016.

Last year, I invested in a sublimation printer, t-shirt press, and mug press, so once I get an employee, I will have some time to really finish up the testing on those products.  I am very excited to get working on that again and to get them out there and see what people think.

Seas and Peas cards are available in Urban Outfitters and Paper Source locations nationwide and in select stores across the United States, Canada, Australia, and the UK. Cards can also be bought directly at seasandpeas.com. 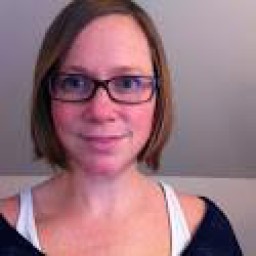 Lacee came to CreativeLive from the land of independent film in Seattle where she worked on over 30 short and feature length films. Her producing skills now help the creative geniuses at CL shine. And she still manages to get some snowboarding in every year.

An Affordable and Beautiful DIY Gift Idea: Marbled Print in a Gilded Frame

When I spotted the Creative Live's Introduction to Paper Marbling course with Robert Mahar, I knew it was something I…

The 2 Things That Should Define Your Craft Marketing Strategy

Seven years ago, I started my own handmade business, and three years, later I quit my day job to do…

How To Take Perfect Photos For Scrapbooking

When you were a kid, your mom probably didn't mind too much that every handmade gift was composed of popsicle…