5 Unexpected Holiday Movies To Mix Up Your Weekend At CreativeLive, we favor creativity to a fault. Personally, I prefer a creative approach to a practical, useful, or even logical one any day. (Ask my wife.) So when it comes to favorite holiday movies, my choices may strike you as a little odd. But if, like most of us, you’re tired endlessly rewatching It’s A Wonderful Life and Miracle on 34th Street, these more creative holiday films may be just the ticket this Christmas season.

Die Hard. The fact may have gotten lost with all the shooting and broken glass, but the events of Die Hard transpire on Christmas Eve, starting at the holiday party of the company where protagonist John McClane’s estranged wife works. (CreativeLive’s holiday parties are slightly more tame, but people have been known to swing through windows to the strains of Beethoven’s 9th Symphony).

The Long Kiss Goodnight. One of the most surprising movies I can remember seeing — for good or ill — this action thriller starring Geena Davis goes in unexpected direction after unexpected direction. The important thing here is that it takes place over the Christmas holiday. That makes it a holiday movie, technically.

Batman Returns. The second Batman movie (no, not the one with Heath Ledger) also featured a prominent Christmas theme, for no apparent reason, although you could argue that Danny DeVito’s Penguin being abandoned as a baby, rolling into the sewers in his carriage, and being raised by a flock of escaped penguins could be seen as a Tim Burton-esque spin on the manger scene.

Gremlins. I’m a fan of Gremlins only so far as I consider it required watching before enjoying its far superior sequel, Gremlins 2: The New Batch. In this case, the pet Mogwai, Gizmo, is a Christmas gift for protagonist Billy, who has a hard time following 2 simple rules: Never get Gizmo wet, and never, ever feed him after midnight. (We observe a similar protocol with our instructors, and on the rare occasion we’ve broken either of these rules we’ve come to regret it.)

Santa Claus: The Movie. I suppose you could call this my traditional pick. This 1985 disaster film (meaning a film that was a disaster, not a film about a disaster) starred alcoholic pianist Dudley Moore as Patch, Santa’s head elf. It serves as both a Santa origin story along the lines of Captain America or Batman Begins (except with Santa) as well as a stinging critique of the commercialization of the holiday in the form of a nefarious toy company executive who wants to take over as the face of Christmas by selling lollipops that make people fly. To be fair, it’s not a bad plan, probably the first or second approach I’d try myself, but not at all in the spirit of the holiday. Which is the important thing.

That’s the list. If you’ve seen them all, you might want to consider canceling your Netflix account and taking up an outdoor sport, because you’ve clearly watched all the good movies that exist and have ceased discriminating on quality. If you haven’t, give one or two a try—their creative approaches to the holiday movie might inspire you in your own artistic efforts. If you do nothing else, make the time to see Gremlins 2, for this scene alone. Happy holidays! 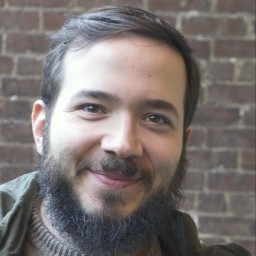 David Moldawer heads Money & Life for CreativeLive and is based in Brooklyn.

Avoid Overspending During This Holiday Season With These Tips

The holidays are almost upon us, which means it's time to put down that warm cup of cider, bust open…