In the world of social media there are no rules. New social networks pop up and disappear before we even knew they existed. Acquisitions of promising ventures happen before new social networks can even get going. And when a social platform finds a new feature that works, there’s copycats. Take Twitter’s hashtag or Vine’s short video format for example. Now, both social networks’ original concepts can be found across Facebook, Instagram, Snapchat and Pinterest to name few.

It’s like the digital Wild West and if you have a good idea, watch your back.

The eerie similarities between Instagram Stories and Snapchat, prove Facebook still has envy for the missed acquisition opportunity. But does it mean the social media head honcho is looking to stomp out the competition? Maybe so, but that doesn’t mean it’s actually going to happen.

With any big social platform update, rumors always swirl questioning which counter social platform will be affected. Remember when Instagram started allowing users to upload short form videos to compete with Vine? Yeah, me neither. That’s because as social media users, we have a connection to our platform(s) of choice. We probably chose a platform for some reason to begin with and an update to a different platform isn’t going to sway us. Instagram Stories may shake the novice Snapchatter. But the likelihood of an avid Snapper or influencer like Cyrene Quiamco (cyreneq) or DJ Khaled (djkhaled305) to jump ship is pretty slim. Instagram may be winning the numbers game, which is why most people see it as a threat. But Snapchat has found it’s niche as the not-so-serious outlet to share your day-to-day life. And finding your niche is what social platforms are all about. After all, when something works, others imitate remember? 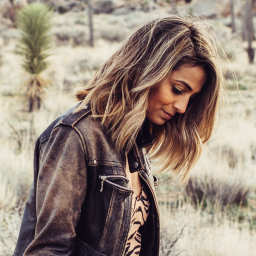 In the wonderful world of social media, hashtags reign king. The hashtag, which originated on Twitter, is essentially a searchable…

How to Grow Your Business with Snapchat

Watching that social media follower count is like fast-forwarding your favorite Netflix series just to watch the credits -- ineffective,…

Do Entrepreneurs Need Grit to Be Successful in Business?

Have you ever been told to 'just grin and bear it'? Or perhaps, more recently, to 'keep calm and carry…