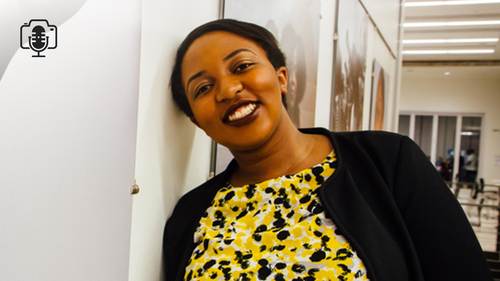 Mm. Mhm. Mm. And yeah. Hello, everyone. And welcome to Creativelive. Welcome back to Creativelive. I am your host, Kenna Klosterman. And we are streaming to you live from my home to our guests home to yours. And today is February 1st. It is the first day of black History month. And I am super excited to tell you all about a partnership that we are kicking off here today with the founder polio Nyongo of black women photographers. Now, before we get started, I want to let you all know that this is part of our podcast. We are photographers where we take you behind the scenes behind the lives of photographers, filmmakers, industry game changers from all over the world who are doing amazing things and talk about their lives, their history, the ups and downs of living a creative life. And so you can be sure to check out all the episodes of we are photographers on creativelive dot com slash podcast or wherever it is that you do get your podcasts. Uh, and we are also, like I said, streaming li...

Polly Irungu is a multimedia journalist, digital editor, and photographer and is the founder of Black Women Photographers, a new community and online database of Black women photographers. Polly is a Digital Content Editor at New York Public Radio (WYNC) for &#8216;The Takeaway&#8217;, a national NPR show with over 2 million listeners.
SEE INSTRUCTOR'S CLASSES