Lesson 10 from: Connect With Your Customers on Social Media 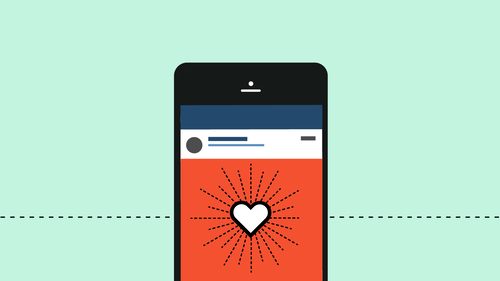 Lesson 10 from: Connect With Your Customers on Social Media

Identify Your Voice for your Brand

Maximize Your Pins To Create Traffic

Okay, now we're gonna get into captions and hashtags because this is a great area for optimization. Captions are a really, really great opportunity to start a conversation in a photo that may not otherwise spark people to wanna comment. You can invite them to comment through the way that you're using your caption. And one way that I've done that in that past is asking questions, so a photo that may not otherwise look like something that people really wanna get into and offer criticism or offer their opinions, I might say, I'm thinking about developing this new product, what do you think of this color? And otherwise it would just be a new product, but now that they've been asked a question, hopefully, people are gonna come in and offer their ideas, say I like that, I don't like that, this is more of what I would like to see. Asking questions and trying to ask people in that comment section to start the conversation can be really really effective. Captions can also give us context for a ...

I really enjoyed Erin class. I'm pretty new to social media so it was a little hard to keep up with all her great ideas. Don't get me wrong I don't think she moved too fast it's just my brain works a little slower. I took lots of notes and can't wait to implement them in my business. This is only the second time I've watched Creative Live . The first one was close to my heart and I loved it loved that one also. Thank you for offering free courses, it's a great way to get us interested in the other ones. I look forward to watching again. Thanks, Candace Romano

Great class, Eric was super clear and helpful..and so inspiring! Thank you Erin and thank you Creativelive! A pleasure to follow you!

This course was great! I am so excited to try some of the tricks Erin suggested. Erin was super helpful and encouraging to her students. Thanks for letting me be part of the audience!