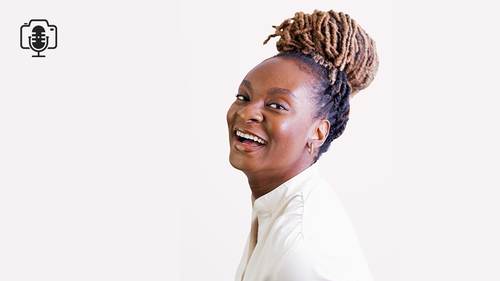 Mhm. Yeah, we don't know. Mhm. Yeah. Hello, everyone. And welcome to Creativelive. Welcome to Curve Live If this is your first time here or welcome back if you are a regular. My name is Ken Klosterman and I am your host today, host of Creative Live and also host of Creative Live TV as well as today's We are photographers podcast, which is a very special edition of the podcast as we are teaming up with black women photographers all month long. It is February 2021 we are celebrating Black History Month. We are bringing you four different photographers, filmmakers, creative directors throughout the month and just really celebrating the community. Polly Arango, who is the founder of black Women photographers, is a powerhouse. Be sure to go check out the site. Uh, join the community, find out the resources, hire a black woman photographer today. Um, so you can find out more all about that in the links, But let's start again by giving some shoutouts are calling for shout outs again. If you a...

If you feel like you wear many hats in your creative life, Temi’s story will resonate with you. Find out what goes into being a Creative Director of brand campaigns and why cultivating a strong team makes all the difference. We talk about how being a perfectionist can get in the way of self-confidence, and how doubt can actually be a valuable driver to keep going. Temi explores the importance of taking risks, intentionally putting yourself and your work out there, and building community.

Temi Thomas is a Creative Director and Photographer based in Dallas, Texas. From ideation to execution, she lives to create. Her work has been featured in Vogue, Vogue Italia, Forbes, and WIRED. Of her many roles, Temi is also a Brand Strategist for MIZIZI - the official streetwear brand for the African Diaspora.