Lesson 3 from: Creative Insights: Behind The Scenes of Street Dreams Radio 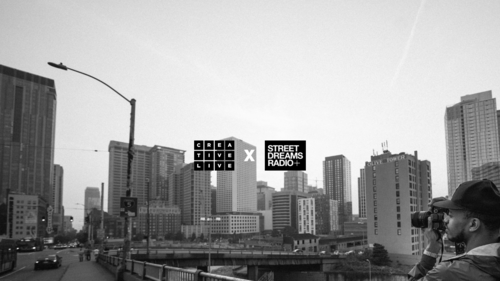 Lesson 3 from: Creative Insights: Behind The Scenes of Street Dreams Radio

Going behind the scenes of Hello McFlyy with Martina McFlyy. Through her creative and entrepreneurial endeavors she constructs the stories of our time through music, fashion, and lifestyle under Hello McFlyy.
Show Transcript

Mhm. Yeah. Mhm. Yeah. Mm. Hi. All. Welcome to creative insights. Our sophomore episode with Martina Mcf fly, uh, creative inside the collaboration between street dreams, radio and creative lives. And what we do and what we will continue to do in this series is to get a bit granular dip in and out with the ebbs and flows of our hosts Creative processes, inspirations and execution have today again, Martina mcf lie. Hi. Uh, angry. And Martina, thank you for joining me Here. Thanks for having me. Yes, yes, yes. So, hello, Mc Fly. What I wanted to do is start almost, if you can as far back as as we can to get into the inception of the show. It's it's inspiration. And, uh, you know how it became the radio show it is today. Yeah, basically. Hello, MC Fly actually was birth. Um, was an idea, um, for a purpose driven brand. And it's, um, an ethical and sustainable approach to wellness and lifestyle. And when the street Dreams team approached me about, um, doing radio show and a mix show, um, an...