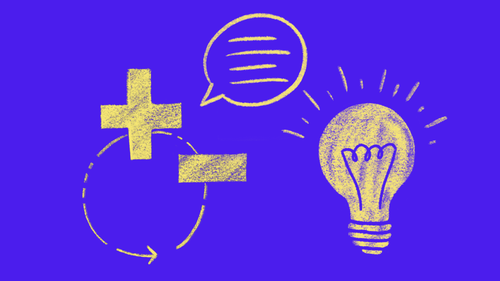 10. A Case Study - Does Designing For Strengths Really Work?

You might be wondering, "Alright, come on. "This is an anecdote, you're an anecdote. "You're this weird person that turns left only "and skates in ice rinks and that's not like real life." So, let me give you a case study. This is Mike Weldon. Total Master Coach here in Michigan where I grew up. Here's what he said most often, I can still hear that in my head. But the other thing that he said over and over again was this gatling gun feedback at everybody that was specific to their strengths and mine was this, he used to say to me over and over again every single day, "Coyle, you got to win it at the line." And I can remember thinking, "Well no duh. "As an eleven year old, like where else "am I going to finish it? "Like, yeah." But what that actually meant was very complex. And everybody had their own. What that actually translated to was, "Coyle, you have a weak aerobic motor, "so you've got to time your sprint "to barely win races right at the line "because if you go too early, everyb...

ody's going to pass you "and you're going to blow up and go out the back. "And if you go too late, well that's too late, "so you've got to time your sprint to just barely win." And indeed I did, I mastered that. I won over 400 races in my career and I added up all of those finishes at one point and the margin of victory for all 400 races was 18 seconds. I have a teammate, Frankie (mumbles), who wants to run a race by 18 minutes. And Frankie, same team same coach, his gatling gun was "You got to drop Coyle." Meaning, translation, I was just the most notorious sprinter so it meant drop any sprinter. "Frankie, you must drop the sprinters "because you don't have an anaerobic motor, "you have only an aerobic motor, so you need "to be out front before the finish line, "far enough ahead of the sprinters that they can't catch you "and beat you at the line cause they'll do it every time." And sure enough Frankie broke away like every race, I hardly even saw him. I saw him at the start line and then he was gone. Went on to compete in seven Tours de France, two times Lance's captain, fourth in the Olympic Games, and so on, just one of many as it turns out. Here's what Mike produced: 12 world champions, 10 Olympians, six Olympic medals, and 28% of all post-World War II cycling medals for 45 years in a club of 70 families in Detroit. Nobody was from somewhere else. In the 80's, when I was starting to compete with him, we actually had more than half. We had 52% of the medals on the podium at Nationals for 10 years straight. There's thousands of clubs, millions of cyclists, and one little club produced half of the medal's for a decade and 28% for 45 years. Because this guy figured out everybody's strengths, challenged them to master those strengths, and we had champion after champion after champion, amazing, true case study and probably one of the best coaches ever to walk the planet Earth. Mike passed away in '96. I had been training with him for 15 years and I didn't go to the funeral. I was busy doing something. And the next year, the training rides left from Mike's house so we just showed up there like normal even though he was no longer there and one morning when I was there for practice his widow, Harriet, pulled me aside and she pulled me in the house, I had never been in there, and she said, "Hey John, I just want to tell you something. "Mike was really fond of you." I was like, "What? "I thought he hated me." Said, "No, he's really fond of you. "In fact, he pushed you so hard because "he saw your strengths even more clearly than you did "and he knew you'd be an Olympic champion someday "and now you are." And that was really hard to hear because the one thing that's true about challenges is they push you when you need it most, but they're kind of hard to like sometimes, and so in 15 years I had never said thank you one time, never once. And I never got the chance, so if you have a challenge in your life that pushed you and made you better, make sure you don't wait too long.