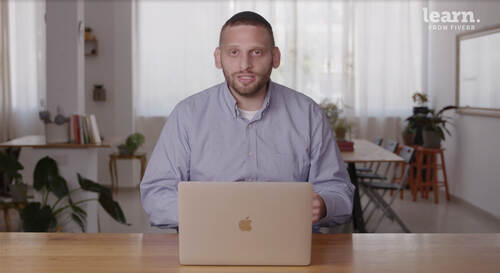 now that we understand how changing just one button in your ad campaign can dramatically change your results and who you're talking to. We need to best understand how to create an ad campaign that allows the algorithm to test as many things as possible for you so you can hand pick the winners and use those for future ad campaigns. A few weeks ago I was on a call with a facebook ad rep and I asked them how to improve specific things I was trying to fix within my campaign and their suggestion was to put all of my custom audiences together. My lookalike audiences, my email list, my website visitors, my facebook page engagement and put them all together. And I told them that doesn't make any sense. I said, listen, you're gonna tell me to do it. I'm happy to test it. I did a $5, test and I found that my way this way we're about to talk about performs considerably better than putting all of your audiences together into one ad set. If you create one campaign and separate each of your custom a...

udiences into their own separate ad set, you're allowing facebook to test each audience individually. Don't put your email list and your facebook page likes and your video viewers all together in one ad set because that won't allow you to actually know how well any individual audience could perform if it was all by itself. So we want to do is we want to design the ad campaign that for every one campaign, we have a whole bunch of assets for some of my campaigns, I'm running as many as 70 separate ad sets, each with their own unique audiences to allow facebook to best test each and every one of those audiences. Now we can shift from the ad set level to the ad level. Not only do we want to be testing on the ad set level about which audiences we want to reach, we even want to be testing on the ad level itself on this slide, you can see two ads that look almost exactly identical. We targeted the same audience with the same video and all we switched was simply the placement of the text. We switched the headline and the description or the post text with the headline. And we were able to see such dramatic results on this slide. You can see that Iran six different versions of the exact same ed, simply switching where the text was and one ad set was able to get 28 cents per lead in comparison to another one which only switched the headline and the description and it cost 72 cents. Almost three times more expensive by simply allowing facebook to test many variables. So what you wanna do is you want to make sure that your ad campaigns are specifically designed in order to allow facebook to do to run as many tests as it can for you to understand which specific audience and which specific ad for that audience works best. So now we're actually gonna do it. We're gonna go and we're gonna figure out how to create a whole bunch of different ad campaigns. The first thing to do is to go and look for a copywriter on fiber, find a seller and don't just ask for one version of text. Ask for several variations of the text, four or five different variations on the text. Then go to a designer and asked not for one image, but for four or five different images. Now you have the tools, you have four or five ads, you have four or five creatives and now you can have another seller put this together within your ad campaign. Take a have him create a single ad campaign. All your ad sets have just one or two audiences whether that's a custom audience a look alike or a saved audience and then have each of those audiences run to a bunch of different variations and by allowing them to test and run against each other. You can use the data we talked about in the first chapter, look at the metrics that are the most important metrics, your CPM, your CPC, your time on site and your conversion rate for each individual ad for each audience. And once you found the winner taking one audience with one ad. Now you're able to scale that successful campaign in order to drive results for your business