Lesson 15 from: FAST CLASS: Fund Your Business for Growth 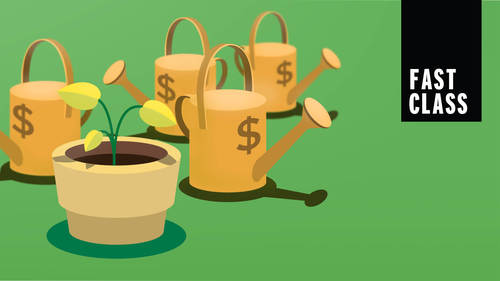 Lesson 15 from: FAST CLASS: Fund Your Business for Growth

Funding Helps You Achieve Your Dream

Debt Or Equity - Which Is Right For You?

Borrowing From Friends And Family

Lending Sources Made Easy And Accountable

Convincing Lenders To Believe In You

Pros And Cons Of Crowdfunding

Getting In VCs - No Mba Required

How To Keep A Big Stake In Your Company

now we're talking about big money venture capital funds. Let's take all the intimidation and Mystique out of venture capital funds and this is your go to resource for the big idea, the big dream, especially if you don't have any capital to invest in your own business yourself. VCS could be the answer for you. When reality bites, I'm going to bring this up first in the last segment. We emphasized that what angel investors and VC investors do Is they give you a lot of time in a lot of space to succeed in general. You have a good 5-7 years to build up the value of your business. But this is when reality bites is you've got those investors as part of your company, as part of your board of directors as part of your day to day living. There's upsides and downsides of everything. But when you go into business with any funding partner, they are your partner up until the day you repay them or sell your business. you must keep that in mind. They are not silent partners doesn't mean they're going...

Susan Schreter is a veteran of the venture finance community with expertise in the life cycle of financing companies from startup to sale. She is an MBA-level educator, expert on the factors that influence startup success or failure, and popular
SEE INSTRUCTOR'S CLASSES

Yes, I liked the first lesson, and then nothing...locked up? I can"t figure how to continue