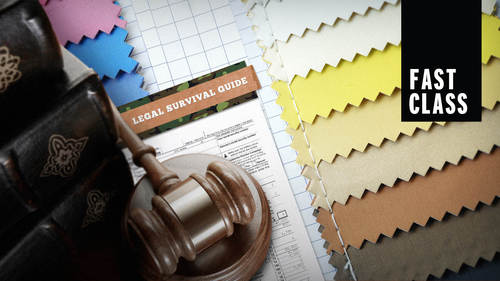 let us have a discussion about the copyright. Okay intellectual property. You don't have to be intellectual to own intellectual property. The U. S. Constitution Gives us an Article one. Section 8 The Right to a control the reproduction of our artistic works in order to promote the progress of science and the useful arts. It grants copyrights to artists for a limited time limited time. Then the right lapses and it's left to benefit mankind generally. Or as thomas jefferson said I think the commons of mankind. Um So let's talk about it before we get started is copyright relevant anymore. And I'm gonna ask the class this question but I really want to pose this very specific question to to our folks that are with us on the internet. Is copyright relevant anymore? Because some would say it's not some would say that the right to control the copies of your images really just suppresses artistic freedom. Now look at me and my good eye. If copyright is relevant, why haven't you registered any o...