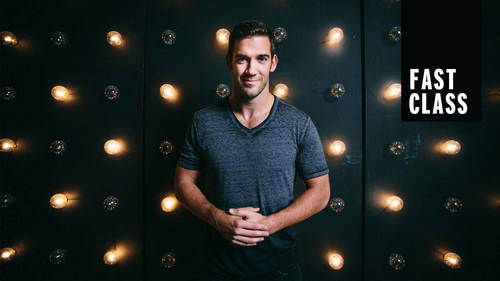 1. Turn Your Passion Project into Profit

what I want to talk about. So we get into it. I've got my little clipboard here, I guess, I'm like the coach, this is like the football team, we got my clipboard, we're not talking about keys to building a profitable online business and I just wanna go over an overview of this and I'm gonna go into some content with James, I think right after this, so I don't want to talk about a lot of you guys here all have an idea or businesses, right? Does anyone not have an idea or business that they already have created? Right? Everyone does some people online, you guys may not have an idea, you may not have a business and maybe you guys can let me know if people have questions in a little bit about how to figure that out, but first you gotta figure out you guys all have your own ideas, your own business. So the goal is kind of making it bigger, but I think everyone here kind of has like a passion project that they're working on, which is what I like to do. So you can either work with something, ...