Money & Life > Business Basics > Freelancing 101: Turning Your Side Hustle Into Cash > When To Say Yes And No To A Project 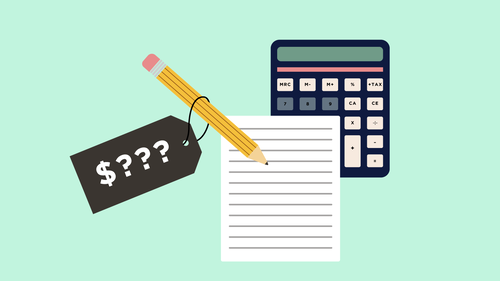 Business Basics > Freelancing 101: Turning Your Side Hustle Into Cash > When To Say Yes And No To A Project

11. When to say Yes and No to a Project Show Transcript

Build a Freelance Plan of Action

When To Raise Your Rate

Negotiate Value with a Target Number

How do you say no? There are two phrases that we need to learn as freelancers that are really important. The first one is "I don't know," and the second one is, "No." 'Cause we think in our heads, I have to know everything. I don't. So it's easier to go, "I don't know," 'cause maybe they'll teach me. Or maybe I'll go figure it out and I'll come back and I'll say this is actually the rate I should charge you 'cause I've learned that. And to say, "No." So when do we say no? I say no when I'm not capable of doing the job. "I don't think I can do this, but I have someone in my network who can." 'Cause the worst is, and I've done this, I'll be like, "Yes, I can do that." And they immediately find out that I can't. Or they're like, when I first, when my company started building, I was hiring freelancers and I wasn't huge but I had great marketing, so I had a great team. So people would hire me and thought I was really big and I'd be like, "Yes, we can!" And then I had no trucks rolling up to...

This class will empower you to take your skills and monetize them as a freelancer. After this class, you will be able to identify competitors, price your services, and develop skills to network so that you can land that next deal.
In this class you will:

Entrepreneurs, freelancers, and hustlers listen up! Don't miss out on the valuable information presented in this course. Andrew's insight is based on a tried and true method that has worked for many individuals. He applies the same expertise to this course, offering clear ideas and guidelines that are both effective and realistic. This class resolved many of the questions I've had as an entrepreneur and has given me practical tools to recognize my financial value, work more efficiently, and realize my dreams. Thank you Creative Live and Andrew for this life changing course!

I purchased this course because of the wealth of information that Andrew provided regarding pricing one's freelance services. I would recommend this course to others who aren't entirely confident, or certain, how to price themselves. Even if they're in the beginning stages of a freelance career. The workbook is really helpful too. I find that writing these things down helps me to remember to get them done.

Great class. I really enjoyed it. I loved his down to earth, of course you can do this approach. Thank you! And, I highly recommend it.