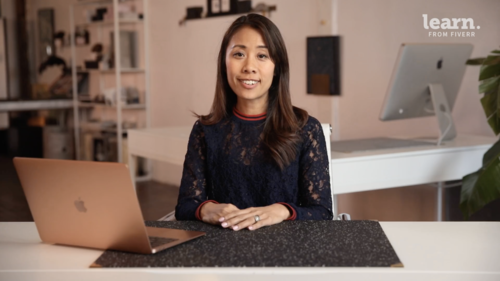 The Power of Search Marketing

How Do People Search

What Can You Learn From Search

Search vs. Social (Push vs. Pull)

Quiz: The Power of Search Marketing

Quiz: After the Click: Landing Pages, Results and ROAS

How to Optimize for Voice Search

in this chapter, we'll talk about best practices for setting up your google ads campaigns. A typical campaign structure consists of several components within an ads account you'll have several campaigns and each campaign is directly related to the campaign goal as well as the objective of the campaign and any site extensions that you might be designating for that specific campaign, which I'll go into in a second. Within each campaign, you have various ad groups which are designated by keywords and themes for those keywords and then within each ad group you'll have ads that are triggered by the keywords that you're bidding on. There are various campaign types that you can be running on google ads. Google offers different formats of these ads for this course, primarily we're only talking about the ones that are text ads running on the google search network. But besides search, google also offers display network shopping ads, video ads as well as universal app ads and I'll go through each...

of them. So for the search network, these are text ads that show up on a search engine results page. These are triggered again by keywords and phrases that you are bidding on within the auction in the marketplace and depending on your bid as well as your quality score as discussed. Previously, your ad will show up for specific types of users for the display network. These are visual banner ads that will show up on desktop mobile or tablet. These ads are great for generating awareness. They're also great for visually cuing content that folks have seen. A lot of companies use display network ads as a retargeting strategy as it's very effective with reminding people of what they've seen previously and browse for previously. The third campaign type is video ads. These are the ads that show up before videos typically on Youtube. So if you don't subscribe to the premium level of youtube, you'll have to sometimes sit through the entire ad or a few seconds of an ad before you can watch the video. These are all pre roll inventory that show before many youtube videos that you might see. These are great for companies that might already have film assets that they're using in other places, whether it's a television commercial or whether it's a movie that they're trying to preview. Great ways to generate awareness as well as recall for brand messages. The other type of ad which many e commerce companies are using is the google shopping ads. These are the ones that are also triggered by keywords, but in this case what shows up instead of just text is the actual product image as well as a link directly back to the product page. Small businesses can take advantage of shopping ads as they are more cost efficient than some of the other units that I've just discussed. And it's also a great way to integrate any kind of e commerce backend that you might have into the google shopping network and then finally, google offers app ads. So if you are promoting a mobile apps such as Spotify or a small mobile photo organizer, um you can use this to incentivize people to download your app. These ads show up on various places within the google search network, meaning different websites, as well as different apps where google owns inventory and spaces for this advertising, and the call to action is always to install the app itself, so it'll drive you right into the app store for your designated mobile phone so that you can install the app. But again, for this specific course, we're going to focus primarily on search that just gives you a sense of the types of google ads that you might want to take advantage of.