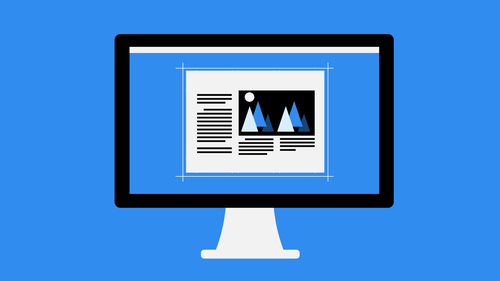 When we talk about the use of symmetry or asymmetry in the design, we need to understand exactly why you might want to use that. Chances are, if you're working with symmetry, you just want things to be balanced. She wanted to be easily read. You wanted to be easily a nisi guide that your eyes follow. So we've already talked about that quite a bit. How to make that happen? But why would you want to use a symmetry? Why would you want something not balanced in the design? Chances are you would do that because you're wanting to create a single focal point in the design. You want to draw somebody's eye to a specific area, and you wanted to stay there. So, for instance, take a look at the first page of this document here. There's a lot of stuff going on in here, but your eye is immediately drawn to what it's drawn to. The top section right here, the big heading and then the lopsided, designed with the light bulb at the top left corner. You got a lot of dead space down here at the bottom. No ...