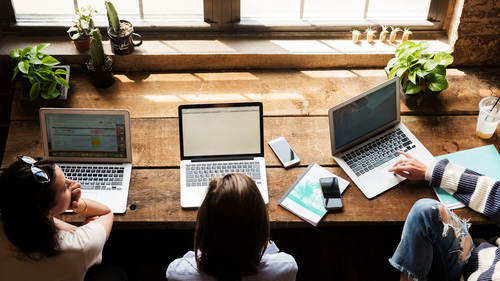 ail fight over email. So go find the person you're in an email fight with and say, Hey, it seems like we have ah, misunderstanding on this email. I just wanted to sort it out together in person. And what happens is the minute you confront your bully, all of their bravado, all of their, you know, gusto for being mean over email is gonna fall away. Because now it's a human to human interaction and what they're probably gonna say, No, I don't know what you're talking about. I thought what you suggest is fine, and whatever the case is, sort out the problem in person. Go back to your desk and this is critical hit. Reply all and let everyone see how you sort of this out. So you say, Hey, everyone just want to let you know I talked to Jim in person. We sorted this out, we're on the same page. We're gonna proceed with what I recommend it. And by the way, some about me being right of what I recommend it. It's about me sending a message to the entire organization, saying, Hey, I don't get an email fight. I diffuse the situation. I play nice with other people and I get on with my life. That's really, really important. Now, of course, he's going to be people that were sitting around waiting for this email fight to happen. They're going to be disappointed. But that's their problem. That's not yours. So promise me the minute you smell that you might be in an email fight. Step away from the keyboard, stand up from your computer and go find the perpetrator and solve this in person. That's the on leeway to proceed and protect your reputation. That's what it takes to win an email fight.

Despite the surge in popularity of messaging tools like Slack, HipChat, and Basecamp, email remains the single most important means of communication in corporate America. And yet, people love to bash email, most likely because they’re simply not good at writing them.

Being able to write an effective email is a critical skill for anyone wanting to be successful at their job. Best-selling author, podcaster, and corporate executive Justin Kerr breaks down the do’s and don'ts of email writing (e.g., never say “EOD” and always “Reply All”) and how good emails with bullet points hold the secret to an optimal work/life balance.

I loved it. Clear and simple. No time lost and a guy passionnate about emails. That is enjoyable to watch and very instructive, thanks.

I adopted these recommendations with great results. Even noticed that my boss started doing many of the same things in his email communications. Bring back MR CORPO podcasts! Bonus section, bonus section...