In Focus: Taboo Questions from the Photo Industry 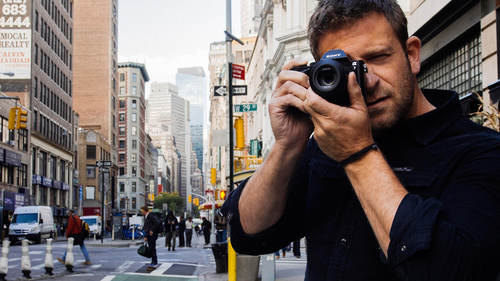 In Focus: Taboo Questions from the Photo Industry

far away. Hi. Good morning. Good morning. Morning. Morning. Is it? I'm sorry you're in the second row in the third row. I can't get you guys, um, super grateful to be you guys care if I get a lot closer. It's like story time, and it freaks me out a little bit about your own perfect line. Can you guys, like, loosen up just a little bit, like, maybe move your chair around a little bit? Just, um So when as kind of said I For some reason, I have always felt that creativelive was a platform for my peers who I feel like are the best photo educators in the world, the best designers in the world. The best folks at building businesses. Um and so I rarely I think I'm in a better role putting that stuff together and helping connect to community of millions of people with those folks. When we created creative life, the beginning, I always thought it was an opportunity for me to step out of that middle and just let the the people who wanted to learn to connect with the people who were the best and ...

Chase Jarvis is an award winning photographer who has helped create campaigns for some of the world’s most well-known brands. In this In Focus, Chase will discuss his start as a photographer and how he confronted the challenges along his journey. He’ll directly address the questions photographers are afraid to ask about the photo industry or about starting your photography business.

This class was wonderful! I love the way Chase presents. His personality shines throughout and essentially that is also what I was able to take away from his course. Be yourself, do what you love, create with intention, be comfortable with who you are as an artist...these are just a few of the wonderful inspirational words I am taking away after watching this class!

Fantastic! A big thank you to Chase for his positivity, honesty and authenticity. I love his focus on self and not "the other person"-so important