Lesson 15 from: Marketing Your Etsy Shop for Sold-out Success 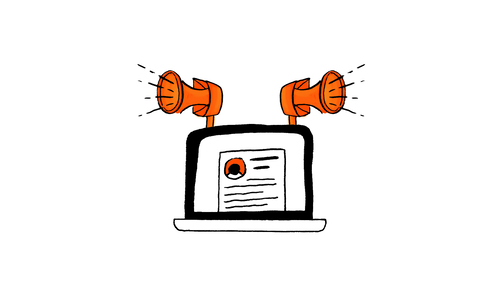 Lesson 15 from: Marketing Your Etsy Shop for Sold-out Success

15. Boost Your Marketing With Paid Advertsing

Intro To "Market Your Etsy Shop"

The Etsy Marketing That Matters

Gain Exposure For Your Etsy Shop

Why You Should Create A Marketing Goal

What Should Be In Your Etsy Marketing Strategy?

Build Your Own Etsy Marketing Campaign

So, I'm excited because the next example that I'm gonna show you is still out of my playlist, and it's a longer example. So most marketing goals are 30 days, especially with a product-based business, it's gonna be a 30-day marketing goal. But I'm going to walk you through what happens with Your Best Year 2016. Your Best Year, this is its third year running, it started in 2014, 2015, so this is its third year running. It is a repeatable season. It makes me sore the success that has come from this book. So remember, it not only has a season, it has a repeatable season. So this product will be null and void about six months into the year, even though people will buy it all year long, but by October, you're best year 2017 will be out, and then it will be an old file. So Your Best Year, having an experience with it, having its third year running, I can tell you that December through February is going to result in its strongest sales. It's really gonna take off, and it's, just because of the...

Lisa Jacobs is a marketing consultant for creative entrepreneurs. Her expertise comes from her own success in turning $100 of supplies into thousands of sales and a top-earning Etsy® storefront.
SEE INSTRUCTOR'S CLASSES

There are a lot of great information in this course, but also a few problems that need improvement: * Lisa used presentation slides to sparingly that sometimes it's hard to follow her point. She needs more coaching on designing effective presentation. * A lot of examples in the course are personal observations from her own strategy, which may not apply to everyone. There are not enough varieties of examples to consolidate into an actionable step.

I now understand why I´m not happy with how my business goes. I´m avoiding way too many of the things I should be doing out of "shyness privacy, not wanting to "molest" people and some weird pride" being afraid of exposure, limitig myself... I understand that I have to totally rethink and restructure everything