Lesson 15 from: Optimize Your Online Store 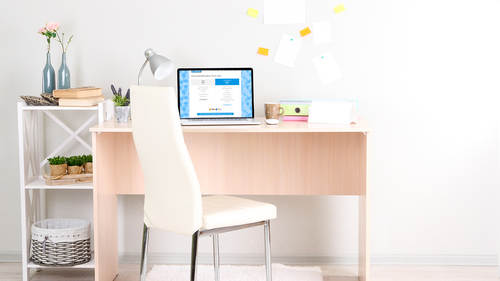 Lesson 15 from: Optimize Your Online Store

The Right Image & Text on Your Homepage

Create an Irresistible Opt In Offer on Homepage

What is the Call to Action on Your Homepage

Main Purpose of Your About Page

About Page: Write Your Story

About Page: Your Call to Action

6 Steps to Write a Product Description that Sells

Use Product Photos to Increase Sales

Use Product Videos to Increase Sales

SEO for Your Product Pages

Trust Signals & Why They Matter

Use Your Blog to Increase Your Sales

Develop Your Plan of Action

So now let's talk about building trust through reassurance. So how can you use social proof and trust signals to build trust throughout your store? We talked about this before, but I wanted to give it its own special section because we talked about reviews and how important those are, and I wanted to give you a couple of different examples of what social proof is and how you can use it throughout your site. So basically social proof is when it's a psychological phenomenon, this is the official definition, it's not my definition, where people assume the actions of others in an attempt to reflect current car correct behavior for a given situation. So for example, the most basic form is if someone sees the wearing of really nice code, they're like, where did you get that coat? Oh, I got it from amazon dot com oh, I really love it. I'm going to buy so that's, like one of the simplest forms off social proof where you wanna you like something, you ask someone where they got it from, you go o...

Andreea Ayers is a successful entrepreneur who has started and sold three companies over the last five years and currently runs two. As the founder of www.launchgrowjoy.com, she helps entrepreneurs who wish to launch a consumer product line through retail
SEE INSTRUCTOR'S CLASSES

This class is perfect! A great overview and explanation of what you need. I really like the simplicity and after watching it for free I bought it so I could pause it and implement the ideas as I went through the course. I love my page website now and highly suggest this class!

This class is packed with useful information presented in a clear and coherent way. Andreea Ayers has a track record of success in e-commerce and offers ideas and tips that come from experience. Whether you're just starting a website or looking to improve an existing one, this class will help you get your mind working and your creative juices flowing. Highly recommend!

Wow! I bought this class on a whim and didn't expect to get as much out of it as I did. It is to the point, filled with really good information and presented really well. I am so glad I got it. We are about to redo our website and I feel a lot more confident about doing it right now.