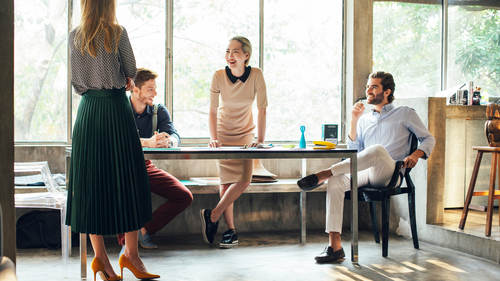 Elements of witty banner, always the goal, right? This is the always the goal no matter where you start. You're shy, you want to get better, but then eventually you want to be, this is what you want to be labeled, right? You want to be labeled as someone with witty banter. It's a very broad term. What is witty banter? So, it's a very broad term with many, many definitions. The way I essentially like to talk about it is a series of remarks that are quick, clever, smart, humorous. It's all these things at once: disarming, vulnerable, funny. All those things at once are in this word witty. Again, no matter where your starting point is, we always have it in our mind to be good at witty banter. If we break it down a little bit, it's also the ability to think quickly, link unrelated topics, topics that are not on the surface related, point out observations, so again this thread of being more observationally fluent always comes up. Make the familiar appear novel. This is one of my favorite th...