In Focus: Breakthrough with Your Photo Business

In Focus: Breakthrough with Your Photo Business with Chase Jarvis 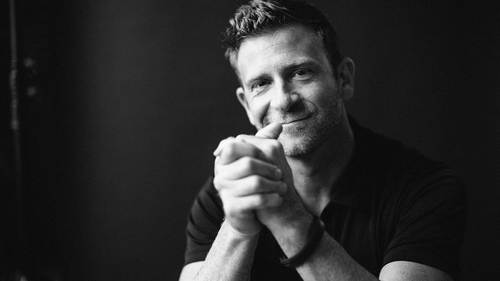 In Focus: Breakthrough with Your Photo Business

1. In Focus: Breakthrough with Your Photo Business with Chase Jarvis Show Transcript

In Focus: Breakthrough with Your Photo Business with Chase Jarvis

(applause) You would've thought we practices that, that was perfect, I like it. Hi guys, I'm Chase, welcome to Creative Live. We're so grateful for all of you tuning in from all over the world and actually we've got the world here in this room. Sweden, people came from Sweden, from China, from north Seattle. (laughter) But honestly, like LA, it was really great to connect with you for the five minutes before this thing started. It's my goal, I think I have had the good fortunate of speaking on stages all over the world and for the first arch of my career it was very much about me and my work, trying to carve our way in this world, as we all are as independent artists. And that's whether you're a full-timer at a company and this is your side hustle or where you've quit, you've pushed all your chips in and you're trying to make a go of it. We've all been there and that's part of the thing that I love about A, creative live but B, just like this room. The people to your left and to your...

Join CreativeLive and Chase Jarvis for this unique panel event where he invites creative entrepreneurs and photographers up on stage to discuss the challenges they face with their business. Chase will share his experiences, point of view, and techniques to help you find solutions to what may be blocking your road to creative success. Along with being an award-winning photographer, director, author and entrepreneur...Chase is also the co-founder and CEO of CreativeLive.

Excellent! This class was great, it kept my attention and gave me ideas about my personal dreams and desires. Alec Cutter...Go! Live your dream, the world needs you and your stories. I'll be waiting to see what you come up with to share. The world needs more people like you! Thank you!

Got to just love Chase and his ability to not only provide so much useful and inspirational information, but also his skill to bring so much out of people that he talks to. Definitely worth a watch for anyone looking to have a career in the photo industry.

Great class, Chase gives insight, direction and clarity into focusing on a plan to succeed.