In Focus: The New World of Photography

The New World of Photography 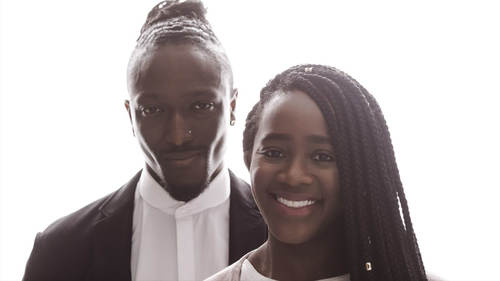 In Focus: The New World of Photography

The New World of Photography

Alright, so let's start off by just introducing each of you. Yes. And you have both been teaching here during Photo Week-- as part of. Yeah. CreativeLive. Yes. So amazing. But you. Are both the co-founders of TONL. So Karen we'll start with you. Okay. Just tell us a little bit about who you are and your history as well. Yeah, so my name is Karen Okonkwo and like Kenna mentioned I'm the co-founder of TONL. By day I work in corporate America, and by night I am a serial entrepreneur. And I really just became really fond of imagery and solving the issue of the lack of diversity, because I started a blog with my sorority sisters, I'd say about five years now. And, you know, and seeing how wonderful Josh was with imagery, he's like a savant, I say when it comes to images. Oh thank you. (Joshua laughs) I just thought what a better person to team up with to try to solve this issue. So really, when people ask, what do you do with TONL? It's really just on the marketing...

Can photographers help make the world a better place? Can a simple photograph help rid society of unfair prejudices and dangerous stereotypes? Karen Okonkwo and Joshua Kissi think photographers can play a major role in changing how people think, act, and live their lives. They established the stock photography agency TONL to create and distribute images of diverse people around the world and tell their stories. Join CreativeLive for a conversation with Karen and Joshua and take part in this timely and important discussion.

<b><p dir="ltr">Joshua Kissi is a Ghanaian-American creative entrepreneur specializing in photography and creative direction, based in New York City. &#160;Raised in the Bronx, Kissi grew up with an affinity for the arts and picked up a camera at the age of seventeen.&#160;</p></b>
SEE INSTRUCTOR'S CLASSES

<p>Karen Okonkwo is a Nigerian-American social entrepreneur owning various companies in the event planning and online business realm. Joshua Kissi is a Ghanaian-American photographer &amp; creative entrepreneur based in New York City with over 10 years of experience.</p>
SEE INSTRUCTOR'S CLASSES