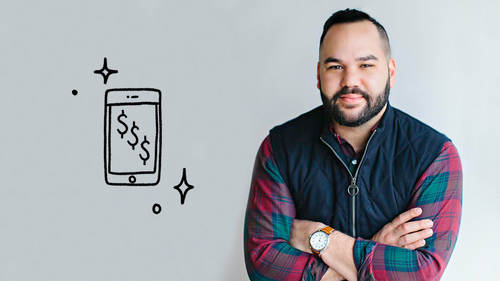 What is Thought Leadership?

We're gonna talk about my favorite topic in the world, which is LinkedIn. How many people have or are on LinkedIn? Woo, look around real quick, social proof, nice. Anybody not raise their hand? Great, all right, yeah, perfect. Sorry, this is gonna be a really awkward class. But hopefully I do my job well and you like it. So, we're gonna go through a few things today. We're gonna go through LinkedIn. I wanna build a case for why you two lovely people should be on LinkedIn, why you should pay attention to it, maybe some stats that you may or may not know. I also wanna get into optimizing. So, not only are you on LinkedIn, but there are ways to do it right and do it well and get the most out of it. I also wanna talk about growing. Growing is big, growing your influence, growing your user, like, user, no, growing your connections, more so, so growing all your connections, make sure you're connecting with the right people. I also wanna talk about leadership, thought leadership, what it look...

With more than 500 million users, LinkedIn is hands down the most popular social media site for businesses and professionals. While many still see it as a place to store and showcase their online resume, LinkedIn has evolved into a powerhouse for generating leads, forming strategic partnerships and driving sales.

The problem is that most entrepreneurs, marketers, salespeople and professionals still don’t know how to fully leverage LinkedIn and it’s many features to achieve their business and career goals.

Marcus Murphy, executive sales leader at DigitalMarketer.com and a member of the LinkedIn customer advisory board, will offer an in-depth guide to getting the most out of LinkedIn, including attracting quality prospects, amassing a valuable network and growing your personal brand.

<span style="color: rgb(0, 0, 0);">Marcus Murphy is an executive leader and sales expert who cares deeply about the flourishing and success of entrepreneurs. Marcus previously worked for Yelp in San Francisco, going from start-up to multi-billion dollar giant. He also worked at Infusionsoft as the Global Partner Development Manager where he developed and broadened new international markets through strategic partnerships.</span>
SEE INSTRUCTOR'S CLASSES

I watched this class twice yesterday. I have been on LI for more than a decade. In all the classes I have taken through college and beyond, I have never learned more on-point information in such a short span of time. I started putting it to use yesterday, and already it is yielding positive results. I cannot recommend this class, and this instructor, highly enough. Thank you so much Marcus. Hope you connect to me on LI! I post beautiful images daily to give my connections a morning smile. RobinConstableHanson

I will definitely say that this is a good course, I have been on Linkedin for some years now, and there are many things that I did learn from this course. Yes, I do need to go back, and optimise my profile (and, my company's), start practising some good habits. Yes, he speaks fast, but Marcus is clear so, if you pay attention, there is indeed much to be learned.

Excellent content. Great price. I not realized how many ways LI could be used. LI will now be one of of my main marketing platforms.