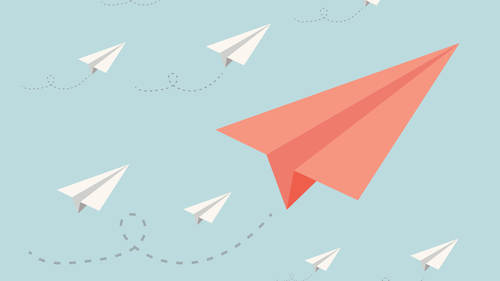 So I shared with you about our customer research process at MyFitnessPal and the customer journey mapping process at MyFitnessPal. We went to six cities, we talked to people. We talked to them in their homes. We went to the grocery store with them. And we asked them really general questions first, really broad questions about what their number one obstacle to living a healthy life was. And then we narrowed down as we needed to. Ultimately, we distilled some of the patterns that we heard them come back with into a customer journey map, where we documented and understood their struggles, their successes, the individual stages, the universal stages of the journey from living an unhealthy life to living a more healthy life, where we inventoried their feelings and emotions and things that got them stuck, the places they got unstuck, the questions they asked, and even their natural language phrases. As you might remember, there were some surprising findings in that process. We realized, we h...

Great to understand about customers interests and think of better ways to reach audience.

Great class to understand who and what to focus on when creating a business! Tara is a deeply impactful teacher and expert with a fresh, much needed perspective.