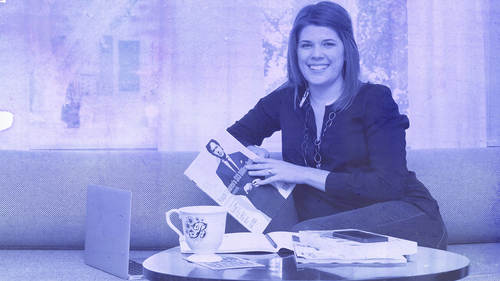 Welcome to PR for Your Product

How to Get Media Coverage for Your Products

Why Create a Digital Media Kit?

What Kind of Product Photography Do You Need?

Get Ready to Pitch!

Now we're going to go on and talk about your media ready, bio. And I wanted to include this in this program because I know that writing about ourselves can really trip us up. You know, we've already talked about how do you sell your products with your photography in your language? But this is more about how do you sell yourself? And how do you talk about yourself and so terrible? Right? Let's just be real here. It's so uncomfortable. Um, so really, though what we want for when you're sending to pitch, to be really short and snappy. You know, this isn't the place to tell your entire story about how you came up with your designs. You put that on the about page of your website and we want to see it there. You know, I want to hear it. We want to see it. Customers want to see it. But this is a place where you could give a very quick overview about you know who you are. Why you do the work that you dio Um, if there's anything about your technique or skills, you know, that can go here. So tha...

This class is SO HELPFUL! How can there not be other reviews? Very clear and specific insights for marketing and media kits. This was done in 2015 - would be great to bring her back and do a 2021 version, although this info seems timeless and still worth watching. Merci, Bridgitte!