Lesson 3 from: Turning Your Expertise into a Podcast 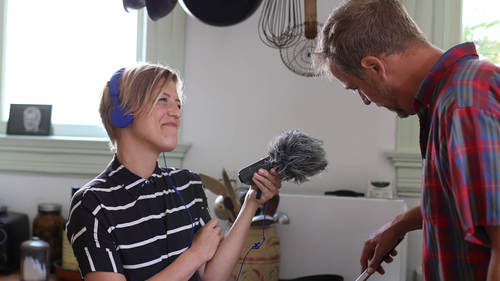 Podcasting > Turning Your Expertise Into A Podcast > Finding Your Audience

Lesson 3 from: Turning Your Expertise into a Podcast

The next step is once you're like, found you're collaboration partner and you're ready to go, you have somewhat of an idea, you know what your own expertise is somewhat, you want to find and sort of define your audience. There's a lot of food related podcasts. There's podcasts that interview cookbook authors, that talk only about street food, that investigate food labor practices and the social impact of our agriculture. There's one called, it always seems to be at the top, Sips, Suds, and Smokes. Sips, Suds, Smokes we're not sure what it's about but. We have a guess. Yeah. So but we just felt like well no one was really doing a podcast that actually teaches you to cook in real time. Right so we're asking ourselves what makes Cooking By Ear different? How instead of just adding to the noise how are we providing something to our potential audience. So that should really be your first question. Like how am I gonna differentiate my podcast from what's already out there? And th...