What Does It Take To Be Backable 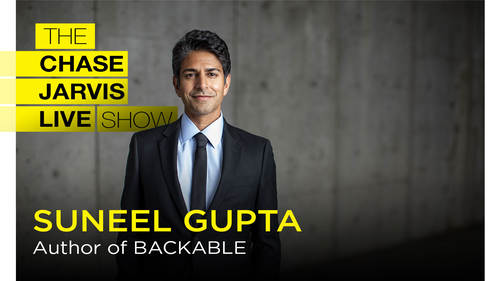 What Does It Take To Be Backable

you know what? Nobody makes it alone, but there's a reason that some people can get investors to get on board or bosses to believe in them, why others struggle in that area. And the reason has a lot less to do with experience, a lot less to do with pedigree or some polished plan for approaching it in short back kable, people seem to have some hidden quality that inspires others to take action on their ideas. We chalk it up to some natural talent or charisma or some it thing, but I'll tell you what my guest today had that same epiphany and wanted to know if it, this magic thing could be learned and my guest today is Sunil Gupta. Now Sunil is the founder of Rise, which is a health company that he sold. He's on the faculty at Harvard and today we're talking about a bunch of things about the psychology behind helping people understand your idea pitching, if you will, helping people um connect with your big dream, whether that is starting a new company shifting careers, whatever it may be, ...

In 2008, Suneel Gupta watched a young Barack Obama deliver a speech at the democratic national convention. From his perspective backstage, he saw the faces of the crowd as they became visibly moved. This made him ask, what is it that makes people backable? What is the intangible ‘IT’ factor that makes people take a chance on you?

Suneel shares stories and lessons from his journey co-founding Rise, a company focused on health care and health coaching, and writing his recent book “Backable: The Surprising Truth Behind what Makes People Take a Chance on You.” Suneel is also on the faculty at Harvard, where he teaches students how to become backable. This episode explores the ingredients to discovering the “right path,” the stories we tell ourselves and the baggage we carry, and the undeniable importance of community throughout.

Other topics from this episode include:

For more information about Suneel, head on over to backable.com and order a copy of his book!