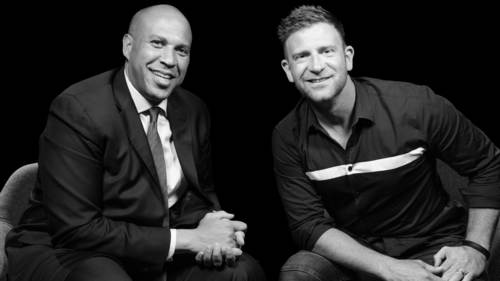 Free Business Classes > Why Creativity Is The Key To Leadership

There's a common misconception that artists have a monopoly on creativity… But the very act of making waves - no matter the career - is a creative one. The Chase Jarvis LIVE Show is an exploration of creativity, self-discovery, entrepreneurship, hard-earned lessons, and so much more. Chase sits down with the world's top creators, entrepreneurs, and thought leaders and unpacks actionable, valuable insights to help you live your dreams in career, hobby and life.

Regardless of your political affiliation or whether you agree with Senator Booker from a policy perspective, what I want you to take away from this conversation is how wildly creative he is in a field that’s ostensibly not “creative.” When you think of creative professions, politics would probably be at the bottom of the list for most, and yet he’s proof that not only is that assumption false, but that our very definition of creativity must be reconsidered – and full of insights that can be applied to creators, entrepreneurs and really anyone with the goal of turning their dreams into reality.

Also – This episode is brought to you by Freshbooks, who make incredible cloud accounting software designed specifically for freelancers, solopreneurs and creatives aka you and me. Learn more + sign up for a free trial right here (and please enter “The Chase Jarvis Live Show” in the “How you heard about us” section)

Cory Booker is one of those most compelling and dynamic voices in American politics: the former mayor of Newark, New Jersey, the subject of the 2005 documentary “Street Fight” that chronicles his initial 2002 bid for mayor, and he’s particularly engaged on the topic of education reform – a subject that’s near and dear to my own heart. He’s also an incredibly candid and open personality who’s willing to share many things that those in his position typically haven’t – which is not only refreshing but ultimately makes him that much more effective as a leader.

Cory Anthony Booker (born April 27, 1969) is an American politician serving as the junior United States Senator from New Jersey since 2013 and a member of the Democratic Party.&#160;
SEE INSTRUCTOR'S CLASSES