Who uses Adobe Illustrator? The better question might be—who doesn’t? Utilized across a vast array of industries, this vector-based graphics software has something for everyone who has a role in the wide world of design. From a company logo to a highway billboard to a birthday card—it was all probably first designed in Illustrator.

But being the versatile app that it is, here’s how designers across many industries are working with Illustrator in 7 very different and fascinating ways:

It’s an exciting time as 3D printers for home use continue to expand their capabilities and drop in price. Crafters, entrepreneurs and creators of all kinds are using Illustrator to design their visions before printing them out to use as a prototype or to sell on Etsy.

Some of the most complex video games out there today were first formed in Illustrator. If you’ve ever played Final Fantasy or Dragon Quest, then you’ve seen the work of Japanese video game developer Square Enix. This global video game giant just so happens to use Illustrator for much of its design work.

With the advent of the IoT (Internet of Things) and connected gadgets like wearable devices, there’s been a need for increasingly smaller screens. Thinking outside the usual mobile or tablet box, many user interface (UI) designers are working in Illustrator to push the UI into diminutive dimensions while maintaining an emphasis on simplicity and productivity.

Every time you buy something from Amazon or from your grocery store, it probably comes in some sort of packaging. But that package doesn’t design itself. From a basic pizza delivery box to an elegant light bulb case, this design is the result of a professional package designer who is most likely using Illustrator.

Someday, you might be reading articles written only in emojis. 😀 To feed the world’s insatiable hunger for emojis, Illustrator is being used by emoji enthusiasts and professional designers alike to developing new emojis and refresh old ones.

Did you know that Nike shoes, Victoria’s Secret lingerie and Ralph Lauren shirts are designed in Illustrator? If the world of fashion is where you envision yourself, whether you want to launch your own fashion line or design for the hottest in haute couture, it’s time to get working on your Illustrator skills!

The demand for motion graphics is on the rise, as more companies big and small turn to this medium as a way to liven up their online presence and to create more emotionally engaging branding and advertising. Motion designers tend to use Illustrator as the first step in the process before importing files into After Effects. 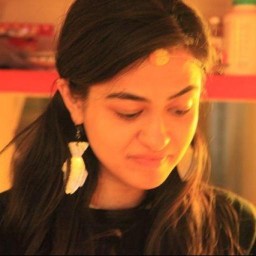 Web Design Tips: What All New Designers Need To Know

Andy Pratt and Jesse Arnold are leaders in the new frontier of web design. Andy has worked with organizations including…