There is no denying that Apple has got it down. It – a magical combination of simplicity and beauty that even the most loyal Android user will admit. This is minimalist design, and we see it everywhere today, from the Pinterest homepage, to business cards, to our most-used apps. And we hear it: KonMari anyone?

Minimal design appears classic and simple, and intentionally so, but all design is design – it goes through the same problem-solving process as any other design style. Whether you want to build out your graphic design portfolio or redecorate your living room, there are specific minimalist design principles to follow. There is, after all, a science to every art.

The Minimalist Style: What is it & Where is it From?

In its initial heyday, minimalism can be traced to the late 1960s to early 1970s American visual art, however, artistic and philosophical movements around the world laid the foundation for its growth even before the 20th century.

If you’ve ever seen inside a traditional Japanese home, it’s clear that today’s minimalist home draws from the Zen aesthetic. Dating back to the 12th century, the Japanese Zen philosophy carries visual principles such as Ma and Wabi-sabi. Ma literally translates to “negative space”, but is better understood as a person’s consciousness of space created by intervals. Wabi-sabi emphasizes austerity and the integrity in using natural objects. Western interest in zen, however, didn’t generate until after World War II.

Whether you’re a minimalist or not — learn how to position your brand to stand out from the crowd. Learn more.

Moving far-west, the stage was set in 1960s New York: artists like Donald Judd, Don Flavin, Robert Morris and Anne Truitt balked at lavish and overly decorative art, stripping their work down to only the most essential elements. They believed this revealed true form – American minimalism was born.

First, you should determine if minimalism works with your project – it’s a design choice, after all. In the case of web design for example, content-heavy websites like Amazon may incorporate some minimalist principles, but ultimately can’t be simplified enough. Similarly, a children’s product or app needs a lot of stimuli – minimalism probably isn’t the best choice. But if the style fits, then consider the following:

What your product is used for determines how it looks. Period. Minimalists prioritize content and accessibility, and products have a clear purpose. There shouldn’t be anything decorative that could confuse the user; in fact, you should conserve resources in construction. Try subtracting elements until you only have the bare minimum for your product to work. Make it really clear for the user: what’s the focal point? Where should they start? What information is most important? Play with design elements like typography, composition, color, and contrast to create high contrast and simplify user experience.

Remember Japanese zen? Negative space (most often white space, but it can be another color) is the base of minimalist design. Lots of blank space ensures your design is simple and allows your audience to focus on only the necessary elements. Be strict with proportions and composition

Be sparing and intentional in your use of color. Try a limited color palette or go monochrome. This doesn’t mean you can’t be bold though; stand-out splashes of color are used by many minimalist designers. 
Communicate with clean and straightforward fonts with a high level of readability.

Whether you’re finally re-decorating or designing a logo for a client, you have the guidelines you need for minimalist design. And trend or not, its emphasis on timelessness and function, especially in the area of web and app design, ensure it’s not going anywhere soon.

Whether you’re a minimalist or not — learn how to position your brand to stand out from the crowd. Learn more. 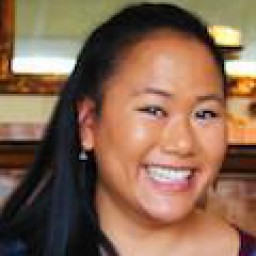 Today, almost half the Earth’s population is online. Industry changes fast, especially in the field of graphic design. Clients need…

Learn Visual Design with Parsons at The New School + CreativeLive

Ready to take the first steps to learn visual design? We have the perfect learning path for you. Our partnership with…

6 ways to be a better creative teammate today

Quick, what’s your favorite myth about creativity? That it’s a divine thing that just happens? That big ideas only come…