10 Influential Traits of the World’s Most Successful Entrepreneurs You’re an entrepreneur with a great idea and the drive to start a business around it.

You know that with enough hard work and opportunities, you can change the world and improve the lives of people everywhere.

Excitement, no doubt, is extremely important if you’re a business owner. However, it takes much more than passion to launch your business and keep it running for the years to come. You also need to establish daily habits and cultivate your routine in a way that’s conducive to becoming a successful entrepreneur. What starts as simply emulating behaviors, over time, will develop into regular habits and traits that’ll help you become more successful in the world of business.

10 Influential Traits of the World’s Most Successful Entrepreneurs

Lets take a look at ten of the most influential traits that successful entrepreneurs share in common.

According to Inc., once a week, Def Jam creator Russell Simmons sets time aside for transcendental meditation. He’s such an advocate for meditation that he wrote a book about it called, “Success Through Stillness.”

Even two minutes of mediation in the morning can center you, decrease your stress, and give you a few minutes to be in the moment and not worry about the tasks ahead of you. For entrepreneurs, this time of quiet reflection is crucial. Start small and develop your meditation practice with David Nichtern here on CreativeLive.

Rather than being reactive to the day’s events, Mark Zuckerberg says he’s extremely proactive instead. He says it’s important to know what your goals are for each day, because otherwise, you end up just responding to what’s happening around you.

Business owners who are faced with numerous challenges and competing priorities on a daily basis, need to take the time to sit down and figure out their schedules & top priorities before getting to work. That way, they don’t get caught up in the stress of feeling that they need to respond to every demand that’s being placed on their time, because their predetermined goals are much more important.

Entrepreneurs don’t play it safe. They’re all about trying new things and taking calculated risks in order to experience more impactful results. In his book, “Like a Virgin: Secrets They Won’t Teach You at Business School,” Richard Branson wrote that his favorite saying is, “The brave may not live forever—but the cautious do not live at all!”

“The brave may not live forever—but the cautious do not live at all!” @RichardBranson

Not everyone has the ability to be productive from 9am to 6pm each day. Some people can easily focus in the morning, while others can’t work until after dinnertime. Entrepreneurs know this, and they listen to their bodies. Evan Williams, who founded Twitter, Medium, and Blogger, said that he works out in the middle of the day instead of in the morning, like a lot of people. This is because he realized that he can stay on task better in the morning.

Even though he takes a break from work to hit the gym, his productivity level is the same as it used to be, when he worked out in the mornings.

5. They Put Down the Phone.

Arianna Huffington was once so tired that she fell, injured her head, and needed to get five stitches. Now, she doesn’t mess around when it comes to sleep.

Before going to bed every night, she puts her phone away so that she isn’t on it while trying to fall sleep. Entrepreneurs need their rest to stay focused, and a cell phone screen before bed can be very disruptive to your sleeping patterns.

Williams, along with Branson and many other entrepreneurs, incorporate exercise into their daily routines. Even though Branson is now 65 years old, he still tries to wake up at 6 a.m. to go for a run. Exercise can clear your mind and get your endorphins going, which entrepreneurs need to get through mentally demanding days.

7. They Tend to Be Introverted.

Though it may seem like entrepreneurs have to be loud, opinionated, and always in the media, many of them are actually self-professed introverts.

Steve Wozniak, Bill Gates, and Marissa Mayer are three highly successful introverts. If you’re extroverted, you can adopt introverted traits. For example, they make sure to fit in plenty of alone time and get private creative thinking done, as well as trust their own judgment and ideas. Be humble and work where you won’t be interrupted for a portion of your day.

Anna Wintour spends her days in back-to-back meetings. However, these meetings run no longer than seven minutes at a time. Most seasoned entrepreneurs quickly learn that often, meetings can become a waste of their precious time, and choose to either reformat how they run them or, like Wintour, enforce time limits on them.

9. They Seek Out Criticism.

Entrepreneurs, when they get to a certain point in their careers, may start developing a bit of an ego. When your ego grows, you might be less receptive to hearing other people’s ideas and opinions. Consistently seeking out objective (often, harsh) feedback is essential to making a product that people will truly find value in, especially as you start a business.

10. They Know What They’re Afraid Of.

Entrepreneurs are in touch with their feelings, and they aren’t afraid to deal with them head on.

According to an interview with Fast Company, Oprah Winfrey said that she used to fear making phone calls, and would procrastinate picking up the phone. These days, though, she faces that trepidation and shuts it down. She says, “Now I sit and ask myself, ‘What’s the worst that’s going to happen here, and why do I fear the confrontation?’”

By examining the character traits of the people you admire the most, you can refine your own personality and habits to be better suited to achieve your goals.

Once you become the master of your anxiety, learn to tune out the negativity, stick to a schedule that works, and take care of yourself, you have the foundation for becoming a successful entrepreneur among the likes of Oprah, Zuckerberg, Branson, and others.

If you’re ready to get serious about growing your business, check out Money and Business for Creatives, right here on CreativeLive. 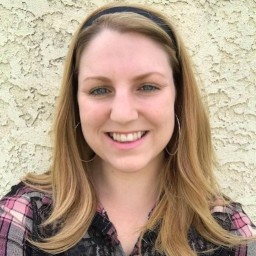 Plenty of folks looking to start or grow their business have looked to author, entrepreneur, and startup investor Guy Kawasaki…