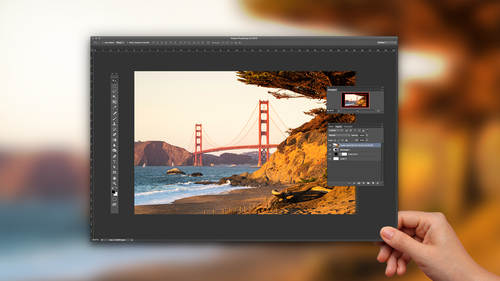 next topic is selective adjustments is where we get toe. Look at how we can really select an area of a photograph in order to improve it rather than just making global adjustments. Starting off with this idea of the adjustment brush and we're going back to our black and white file that we had before and with this one, I'm gonna grab the adjustment. Brush the cake, ese. A short cut key from that one, just like in light room. If you use that tool as well. And what you can do is when you click on any of these these selective tools, they have this whole suite of controls that we can use. And so often, what will happen is you'll come in here and it will remember what you did last time, and it's kind of crazy. So to reset it, just click on the plus or minus icon of one slider and it zeroes everything out except for that slider. And then from there, you can say, Will you actually do you want to boost my exposure? I am gonna want to add a little bit of clarity and maybe some contrast to or wha...

Take a deep dive into Adobe Camera Raw and go beyond the basics to apply RAW processing to more challenging photo editing needs. Learn how ACR can make your post-processing more efficient and more creative. Chris Orwig will explore the creation of better black and white images, shortcuts, speed tips, and selective adjustments. Incorporate blemish correction, the addition of creative effects, and lens corrections into your editing before you ever leave RAW format.

This course is a follow-on to Chris Orwig's "Beginner RAW Processing" and you should watch them both, in order, the get the best value in using ACR CC (Adobe Camera RAW Creative Cloud) for it's full effect. I would also say it borders on the criminal that after all this time Adobe keeps ACR, Bridge and Lightroom alive simultaneously.. While there was a time when they made money selling multiple apps, recent subscription models make this a waste of time and money, both for Adobe and we users because they have to keep programming teams alive to keep them separate and there's very little return on that investment when not selling these apps separately. While it is true, these apps are not equivalent, the little differences they bring to the table could easily be combined into one app and drop the other two. However, I'll get off my soapbox and talk about this class. Chris has a terrific presentation style and provides some great personal insight into how and why you would use certain elements of the tool. It's that insight that makes this training better than just reading a book on how to use ACR. I honestly seldom used ACR. I would look for my files in LR and use that tool for all my touch up work. On iamges where I knew I would be performing a great deal of touch-up, compositing or the like in PS, I's browse for the image in Bridge, make some broad touch-ups on the folder and then just go straight into PS. Having watched this class, I am changing my thinking and running ACR as a separate app and doing most of my touch-up, even on JPGs using ACR. It has much finer control and still allows you to enter LR or PS if you want to get into more specialized touch-ups. This class will help you get the confidence where on many shoots you can go from camera to ACR to customer. The two classes are fairly inexpensive, although I would question they could be rolled into one 2 hour class instead of two 1-1/2 hour classes due to overlap, but they are worth watching to gain some great insight into how to use ACR and why.

LOVED this class! Lots of quick and easy-to-understand tips that are presented in a very clear, intentional and organized way. I found my jaw dropping open a lot because I couldn't believe how easy it is to make adjustments in ACR after I've been doing things the long and hard way for too long. This is worth its weight in gold. Really great tips.

Highly recommended! Chris Orwig is an excellent teacher, and very generous in sharing his knowledge. For more details, please see my review on Mr Orwig's class on Beginner RAW Processing.