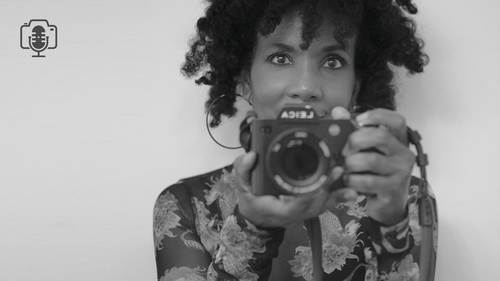 In this episode, Sheila takes you behind the scenes on her #1960Now body of work and discusses the impact that art can have as a tool for activism and social justice. She explores her early days photographing Hip Hop culture and how her empathy and lack of fear have influenced her ability to be welcomed into the communities she photographs. Find out why Sheila believes if one door closes another will open.

Sheila Pree Bright is an acclaimed International Photographic Artist, speaker, and author. She is known for her series, #1960Now, Young Americans, Plastic Bodies, and Suburbia. Sheila is the author of #1960Now: Photographs of Civil Rights Activists and Black Lives Matter Protests which was also a feature in the New York Times. She was featured in the 2016 feature-length documentary film Election Day: Lens Across America. Sheila is a contributor & ambassador for The Leica 10 - a collective of artists who tell stories with pictures using music, poetry, movies, and other art forms as inspiration. Her work is included in numerous private and public collections; to name a few, Smithsonian National Museum of African American History and Culture, The Library of Congress, National Center for Civil and Human Rights.