Lesson 1 from: Basics of Studio Lighting 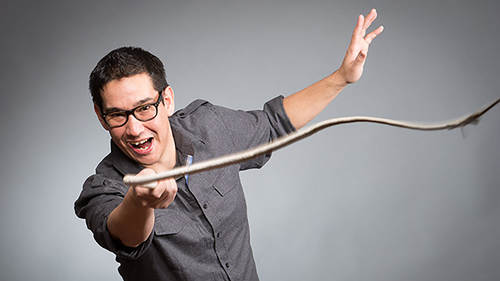 Lesson 1 from: Basics of Studio Lighting

It is my pleasure to introduce to a creative live photo week studio here john cornyn cello who is teaching the basics of studio lighting you guys know john cornyn cello? Probably as uncle john here at he has been lighting assistant and many of our classes but he is a lighting expert. He is an amazing photographer and a master of photographing pyro technics celebrations. Welcome john cornyn hello you thank you. Take it away. Okay, uh, first I'll let you know that my monitor in front of me is not working exactly writes I'm going to refer to notes a little more than I normally would. So don't mind me if I keep looking over here because I can't really see this monitor either. I'd also like to mention to people at the start here don janadi who's been on here before was recently in the intensive care for a few days and his home resting now and I just want to send some good thoughts to him and one of the people I was really looking forward to working with here's peter hurley and he had a medi...

What is an F Stop.pdf

You may recognize John Cornicello as the lighting technician on many of the creativeLIVE studio workshops. He’s a lighting expert, photographer, and a master at capturing pyrotechnic celebrations.John is a Seattle-based photographer specializing in capturing the beauty and spontaneity of
SEE INSTRUCTOR'S CLASSES