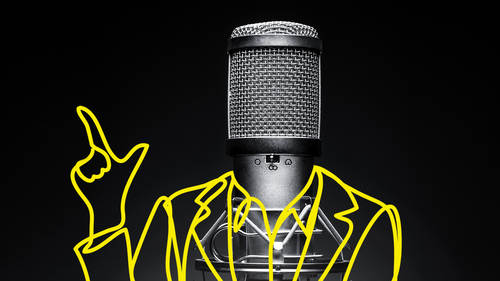 So, I would like to bring on Aran Goyoaga Hi. Thanks for having me. Thank you for being here. Okay. So, thank you so much for agreeing to be on the podcast. Thank you for having me. Do you always start recording right away, or do you have like a little five-minute-- That's a great question. So, I have not started to record yet. Wanted to bring you into the space, talk about a few things, how it's gonna go, and then I'll hit record. So for starters, I'd just like to prepare by, I have your book, which I absolutely love, it's gorgeous. And I like to make myself a little a little mind map if you will. So, you might see me glancing down at it, or taking notes, but I might not as well. Okay. So basically, the podcast will end up as maybe a 20, 25 minute piece. So, a couple things that I wanted to go over, so we will talk for about half an hour or so maybe, and then we might edit down some of that, and then I will re-record an actual introduction and an outro. So, I'm not t...

CreativeLive’s podcast We Are Photographers hosted by Kenna Klosterman brings you true stories from behind the lens and behind the lives of your favorite photographers, filmmakers and creative industry game changers. From their struggles to their wins, get the real human stories about why they do what they do. If you’re ready to join us in the hustle, listen, get inspired and discover why in the end the creative journey is all worth it. Upcoming podcast guests include Cristina Mittermeier, Brooke Shaden, Dave Krugman, TY Bello, Joshua Kissi and Karen Okonkwo and more.

Aran is the author of "Small Plates & Sweet Treats: My Family's Journey to Gluten-Free Cooking" and the award-willing Cannelle et Vanille blog. Her work has been featured in many publications including The New York Times, Food & Wine and Conde Nast Traveler. Join the 280,000+ creatives following Aran's images and recipes on IG at @cannellevanille.