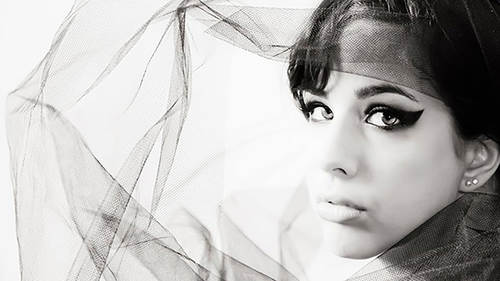 I cannot wait to talk to you about this subject about printing your own work, you know, before we get started on this, so I want to just clarify and let you know that I'm a hybrid studio I also use an amazing color lab a photo is my color lab so there's a place for both of those universes, so I'm not hard core worth I on ly print my own work, but there are times when it's the right choice just as using a color lab like a photo is also the right choice. So how in the world that I get started doing this anyway? You know, I have to tell you I never wanted to become a lab, and today I'm happy to say that I'm still not a lab about seven or eight years ago, I was approached by absent to just try one of their printers. The first thing I said to them was, wait a minute, I don't want to be my own lab I really like working with the color lab blah, blah, blah. But I said if you want to send me the printed to try out, I'm open minded and I believe it's really important for all of us to continue to...

Digital technology has transformed the products photographers can offer their clients — you’re no longer tied to set sizes and film textures. In this 90-minute workshop, Bambi Cantrell will reveal how to delight your clients with a variety of print options. Bambi will cover everything choosing the right paper to how to price and package prints and increase your revenue.

Amazing content! I didn't know what to expect because the title and the course description don't give a clear picture of what this workshop covers. If you want to learn about technical stuff about printing, skip this course. This course is more about how to think. If you want to learn about how to promote your business, attract more clients, charge higher prices in exchange for a unique experience, you will probably love this workshop. Learning to think in a way that can help to grow your business is priceless. She shares what works for her and how she thinks, how she constantly stays on top of her game. Using her thinking, you can come up with your own answers in your own style, and implement it in your own area.

Fantastic class ! After seeing it, I spent my day making exactely what Bambi showed us (prints on canvas, on cards...) for my new clients, and they absolutely loved the little pieces of art I showed them. I'm more on the artistic approach of photography, so this course was made for me, and very inspiring. What I really liked was the easy way you could do the prints.

Really liked this course. Didn't expect Ms Cantrell to get into such detail about marketing ideas for how to set yourself apart from others. Was impressed with her willingness to be open and honest about what is working for her. And to explain the "why" of her thought processes. Thought provoking presentation. Very impressed. Looking forward to more of her courses.