Lesson 3 from: Create an Online Portfolio 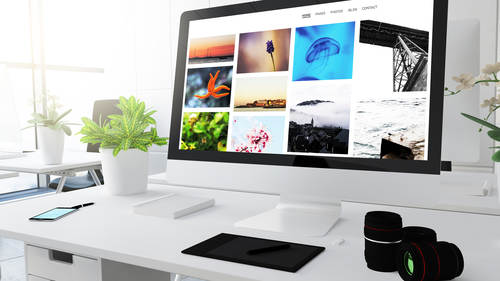 Lesson 3 from: Create an Online Portfolio

Alright, so let's look at the environment. So now we're inside InDesign. And if you're using other Adobe products, which you probably are, if you haven't used InDesign but you have it, chances are you got it because you're working in say Photoshop, especially if you are a photographer. That might be the one program that you use all the time, but you've got all these other great programs available to you with the whole entire creative creative cloud, and you just haven't dabbled but it can be overwhelming and I get it. For me, it looks comfortable, it looks like home. I'm used to InDesign. But that's me, I get it when I go into Premiere. I look at all these panels and these menus and I don't know what to do with everything that's here. And also, just to add to the confusion, there are things that are named the same in InDesign that exist in Photoshop but they're not the same thing. Layers comes to mind. And so, just getting used to the panels that are there and the tools that you have a...