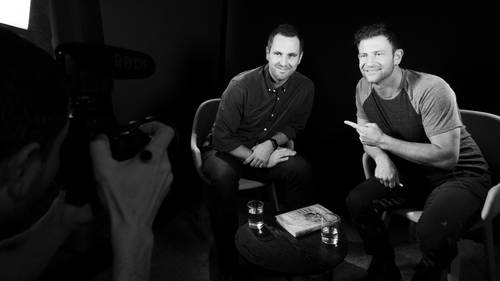 Hey everybody, how's it going? I'm Chase. Welcome to another episode of the Chase Jarvis Live show here on CreativeLive. You guys better be familiar with this show by now. It's where I get to sit down with the world's top creators, entrepreneurs, and thought leaders. If it's your first time with us, welcome. If you're a returner, you're gonna love this episode. My guest today is an author that I've been following for a long time. I first saw his work when he wrote a book called The Accidental Creative. His next one was called Die Empty. You can see where this is going. And today we're here with his new book, Mr. Todd Henry and Herding Tigers. Welcome to the show, bud. (edgy music) Thanks Chase, good to be here. Super happy. So, we were internet friends. We were, way back, way back when, like on IRC. Like 2003 or four or something like that. Yeah, I remember you had a podcast called The Accidental Creative. It was literally the first creative podcast that I ever saw, which made ...

Whether you’re just starting a project and aren’t sure how to structure your days, weeks, and deliverables or you manage an entire team of creatives, Todd shares insights, tools, and tactics on how to ensure you cross the finish line being proud of the body of work you created.

Todd Henry is a creator for creators. He makes tools and resources that help creatives succeed, personally and professionally. His four books, The Accidental Creative, Louder Than Words, Die Empty, and his newest Herding Tigers, cover all angles of succeeding as a creative; from finding your voice to being creative on demand, to managing teams of creatives. He’s an arms dealer for the creative revolution.