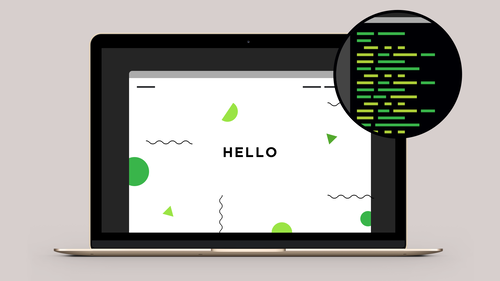 So we talked a little bit about some pseudo-elements, and one thing we could do is we could write a bunch of CSS rules that will override all of these rules. However, I would argue that I think it's a lot easier with this nice clean HTML structure, to just write new CSS rules from scratch and have a print version of your CSS that we can use and attach to the page and just have that be the styles for printing. It's a lot easier to maintain, I think, to do this. So, we're gonna go back to our HTML file. Let's scroll to the top. Now earlier today we set up our two links. Now, so that we don't have to print every page or keep looking at the print dialogue box, what we're gonna do temporarily is just link to our print file as the mail file and just comment out the other ones. So we can use the browser as our print preview tool. So I'm gonna come in here and just copy the link to the print CSS. I'm going to remove the media equaling print, and then I'm temporarily going to just comment out t...