Lesson 3 from: End Your Financial Self-Sabotage 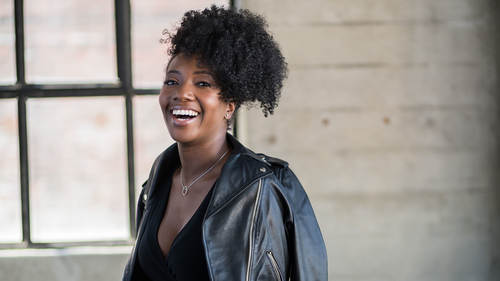 Lesson 3 from: End Your Financial Self-Sabotage

What Do You Value?

Let's move into lesson two, which is decoding your financial DNA. Because just as your DNA makes up your appearance and susceptibility to certain illnesses, your financial DNA makes up the appearance of your financial picture in your wallet. So we discussed our financial history, now let's get into how that history is woven into the way we manage money, and that mostly appears in our money personalities. So as I said, a lot of people said they are the miser, the person who saves saves saves, or the nester, or the hoarder, that was the person that they noticed. So we all have different money personalities, but we can all be different money personalities at the same time, and different stages in our lives. So the first one is the miser. That's the person who just doesn't spend money at all, that's a hoarder, you walk into their house, they have not invested in any improvements in their place, but you know that, you're like, but you make money, I don't understand where your money is going...

Tonya Rapley is an internationally recognized millennial money expert and founder of the award-winning site, My Fab Finance. She is the author of&#160;<em>The Money Manual: A Practical Guide To Help You Succeed on Your Financial Journey</em>. In 2014, she graced the cover of Black Enterprise magazine and was deemed the &#34;New Face of Wealth Building&#34; and has been recognized as one of the &#8220;Top 10 Most Influential Women in Personal Finance on Twitter&#8221;.
SEE INSTRUCTOR'S CLASSES

Watching this again after taking it LIVE from online (almost forgot I attended until I kept hearing my name...haha). This information is timeless and I've really come a long way since making my plan. My life partner and I moved in together since then and have drastically reduced our total rent. He is improving his credit step by step and I have made career shifts so that I get paid more per hour but work less. Feeling proud because that frees me up to build the online business I've always dreamed of. Thank you for your support and advice, Tonya! PS - Tanya is my older sister's name. She always has been great with money ;)

Tonya has an approachable, relatable, and actionable manner that ties in all elements of finances from the inside out. As someone who has immersed myself in financial education for years, I highly recommend this class. For years, I helped others make money + valued, while struggling with worthiness myself (despite being CPA and helping others generate 6-8 figures). With years of focus, awareness, and action, I am proud of where I have come. I may see clearly now alignment to values with money, and a path to financial freedom in sight in 2022-23. I loved this class and series to both do a check-up and elevate accountability and actions. I will be revisiting again monthly this year.

Great class. Very straightforward with good exercises anyone can easily do (including kids - this would be a great family project). I look forward to taking her next class.