Finding Stillness In A Fast Paced World with Ryan Holiday 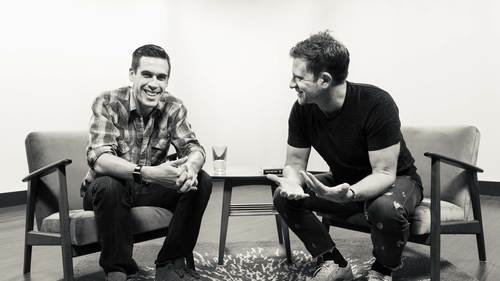 Finding Stillness In A Fast Paced World with Ryan Holiday

Hey, what's up, Chase? Welcome to another episode of the show. You know the show. This is the Chase Germans live show here on creative life where I sit down with the most amazing humans and I do everything I can unpack their brains with the goal. The singular goal of helping you have your dreams in career, in hobby and in life. My guest today is he ties the record for the most appearances on this show of anyone. Ah, he is the best selling author of nine count of nine books. And this one right here is what we're talking about today. Still, this is the key. This just last week hit the number one slot in the New York Times best seller list. He is the inimitable Mr Ryan Holiday in the house. I love you. Thanks, man. I think you were like, the first interview that I did with my first book. You go. That was Think it was in this room or was that room? I don't know, but, uh, it's ah. Feels very fitting to be nine books later. Yeah, congratulations. A number one man. I know this has been a jour...

Ryan Holiday is described by the New York Times as popularizing stoicism, a philosophy of personal ethics which has been practiced by Kings, presidents, artists, writers, and entrepreneurs. His career started at 19 when he dropped out of college to work with author Robert Greene. Today, he’s a NYT Bestselling author, with 9 books under his belt, including his latest book: Stillness Is the Key which hit #1 in its first week.

Ryan Holiday is one of the world&#8217;s foremost thinkers and writers on ancient philosophy and its place in everyday life. He is a sought-after speaker and strategist and the author of many bestselling books, including The Obstacle Is the Way, Ego Is the Enemy, and The Daily Stoic.
SEE INSTRUCTOR'S CLASSES